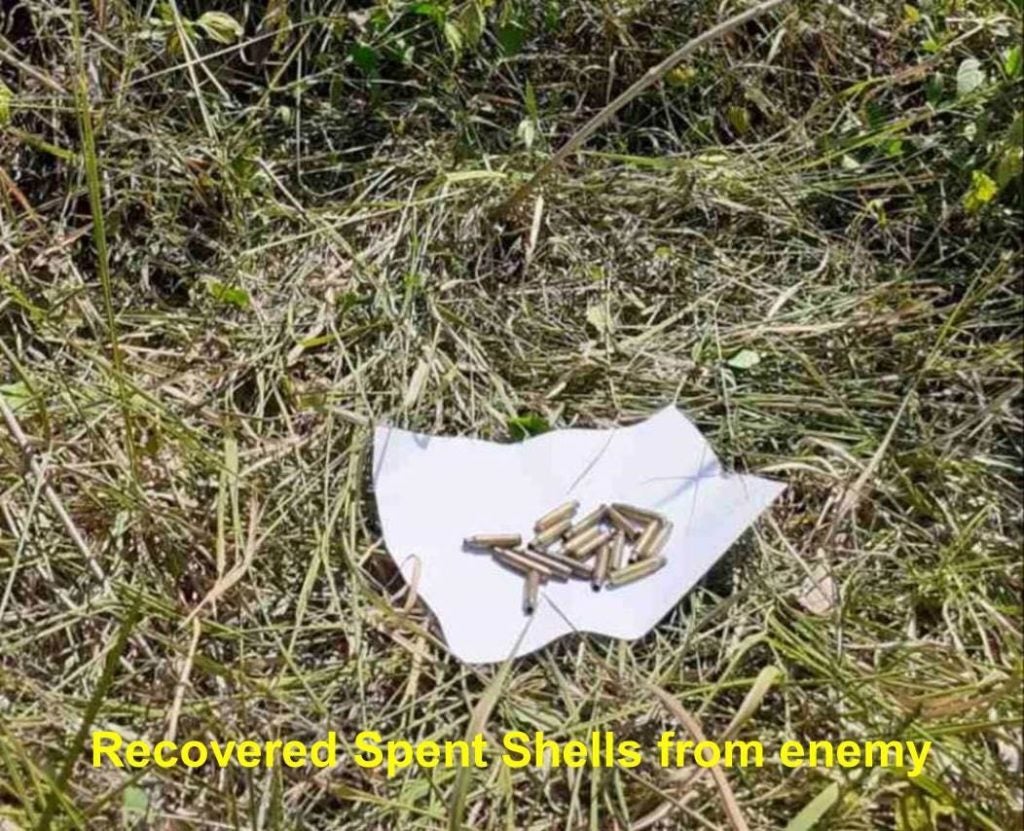 Spent bullet shells are found at the encounter site between the CAFGU, government deals  in Guihulngan town in Negros Oriental. | Photo courtesy of 62ND IB

The attack on the base happened despite the declaration of a unilateral ceasefire by President Rodrigo Duterte and Suspension of Military Operation (SOMO) because of the Coronavirus Disease 2019.

A military report said the members of the Leonardo Panaligan Command (LPC) opened fire at the CAA detachment.

The government troops then retaliated and returned fire towards the drirection of the New People’s Army (NPA) who were positioned around 250 meters from the patrol base.

A two-minute exchange of gunfire ensued afterwhich the rebels withdrew towards the direction of Sitio Palinion of the same barangay.

“As of now we will abide with the instruction sa amin to be on a defensive and continue patrols sa paligid to protect the community but not necessarily go after them,” Lieutenant Colonel Melvin Flores, commanding officer of the 62nd Infantry Battalion said in an interview with CDN Digital./dbs