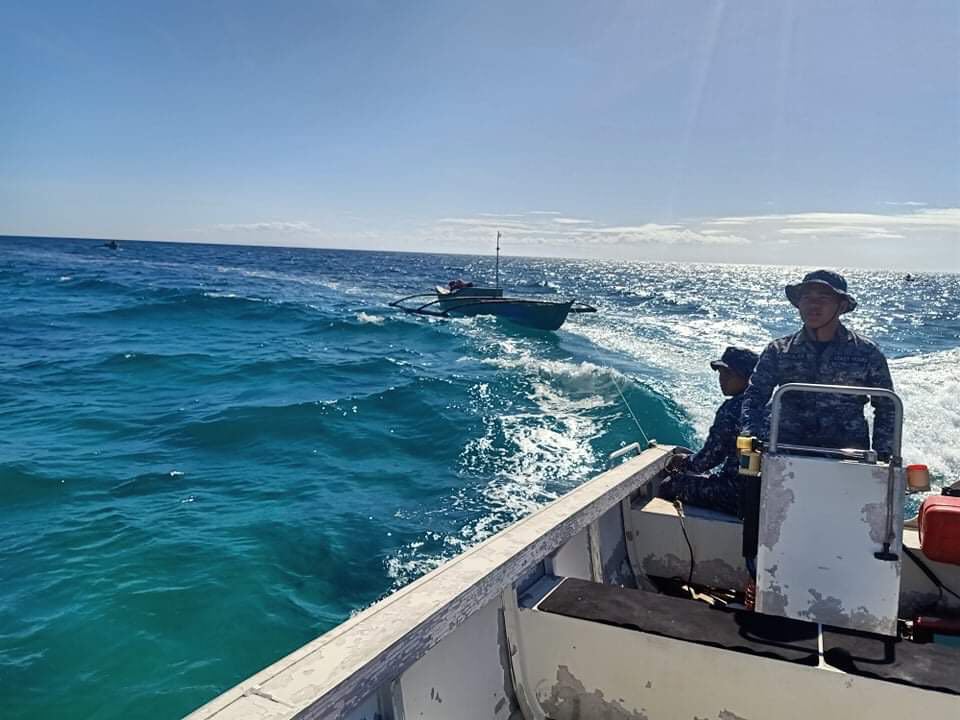 The Philippine Coast Guard in Central Visayas (PCG-7) Southern Cebu Station, rescued a fisherman whose engine stopped running on the waters off Oslob and Sumilon Island at around 7:45 a.m., on March 21, 2020. | Photo Courtesy of PCG-7

CEBU CITY, Philippines — Check the engines of your boats, then the weather condition, and save the contact number of the Coast Guard before you set sail.

Lieutenant Junior Grade Eric Salcedo, Philippine Coast Guard in Central Visayas (PCG-7) spokesperson, gave this advice to fishermen after they rescued one of them off the waters of Oslob and Sumilon Island at 7:45 a.m. of March 21, 2020.

The fisherman identified as Romulo Lagareno of Barangay Lagunde, Oslob town, was drifting at sea after his engine conked out before he was rescued.

Salcedo said that it was important for fishermen to check on their motor banca’s engine to see if it was in good condition because having the engine to conk out in the middle of the sea was  a common problem among fishermen.

Aside from checking the engine, the fisherman should also consider the weather to find out if he could set sail or not.

Salcedo said it would also be very helpful for the fishermen to save contact numbers of the Coast Guard in their area so in case of emergencies while in the middle of the sea, they would be able to call for help.

Salcedo also added that amid the entry ban, the fishermen were still allowed to sail for their livelihood, but they should be mindful not to ferry with them passengers from areas outside Cebu as there would be penalties to be imposed./dbs