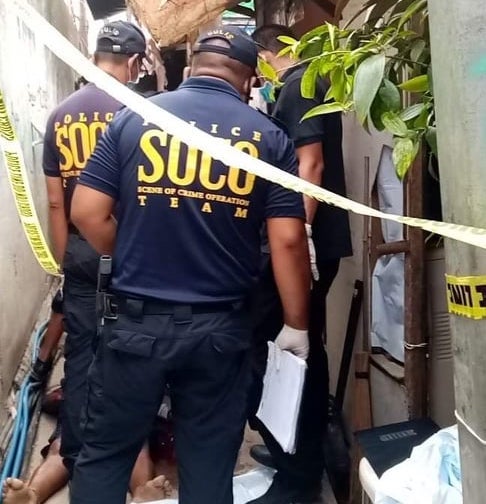 CEBU CITY, Philippines—Unidentified perpetrators shot dead a masseur in front of his house in Barangay Cogon-Pardo, Cebu City at the break of dawn on Thursday, March 26, 2020.

The victim was identified as Dexter Delantar, 45, a former balut (boiled duck egg) vendor in the area who now worked as a masseur.

Remedios Delantar, the victim’s wife, shared to CDN Digital how a man wearing yellow shirt and shorts roused her husband shortly before 6 a.m.

Remedios, 38, said she heard two gunshots a few moments after Dexter went out of their house.

She added that she did not recognize the identity of the stranger who woke her husband.

“I did not see the gunman but I saw the face of the man who called him and told him to get out of the house. I don’t know him but I remember what he looks like,” said Remedios in Cebuano.

She also said that while she does not know anyone who might have held a grudge against her husband, she suspects that Dexter’s fondness of befriending other people could have complicated things.

(He has a lot of friends and likes to socialize some of whom I don’t personally know.)

Investigators from the Pardo Police Station received the alarm at 6:04 a.m.

Police are still working to determine the motive behind the killing. /bmjo

Read Next
Liberation and a lockdown