Liberation and a lockdown

Governor Gwendolyn F. Garcia will call on all the mayors of Cebu to a meeting today. The agenda is to get this COVID-19 pandemic over and done with in Cebu through a lockdown of the entire province and the cities within that are not under its jurisdiction.

The irony is not lost on me as this meeting will happen today, the very day the Americal Division began landing at Talisay shortly after 8 o’clock in the morning exactly 75 years ago. Then as now, the purpose was to defeat the enemy and get the war over and done with.

We may be facing a different enemy now, but the intent is still the same, and I sincerely hope that Cebuanos will pour out the same support and cooperation they showed as the battle to liberate Cebu ensued then. The success then as now of clearing Cebu of the enemy hinges nothing less than that.

At Talisay City, the dwindling number of veterans of that historic event would have converged today for the traditional reenactment of the Americal Division landings there.

Alas, even those veterans, teenagers when that war unfolded, are now facing another war: How to survive the onslaught of a virus that seems to be lethal to old people more than the very young. Much earlier after the liberation was achieved, they had also faced a different war, a war for recognition of their services. Due to the exigencies of war, most of them who served as Volunteer Guards, providing food and logistics to armed guerrillas were not in the active rolls. Thus, the campaign in the United States to recognize their contribution. 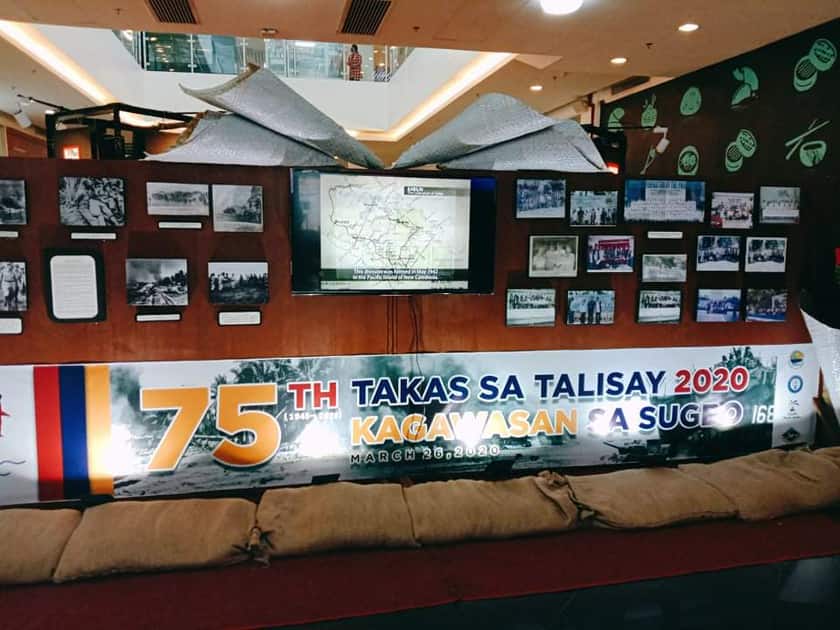 The Talisay City College has set up an exhibit– The 75th Takas sa Talisay 2020 — at the Robinsons Mall in Talisay City about the liberation. | Contributed

Let me congratulate Talisay City for celebrating this milestone despite the difficult circumstances prevailing. Under the guidance of Dr. Ritchel Bacaltos, president of the Talisay City College, a handful of his faculty managed to install an exhibition of objects from that war and a bunch of photos at the Robinsons Mall in that city. Marbs Bascon, one of them sent me some photos of the exhibition, sans the crowd in the midst of quarantine. 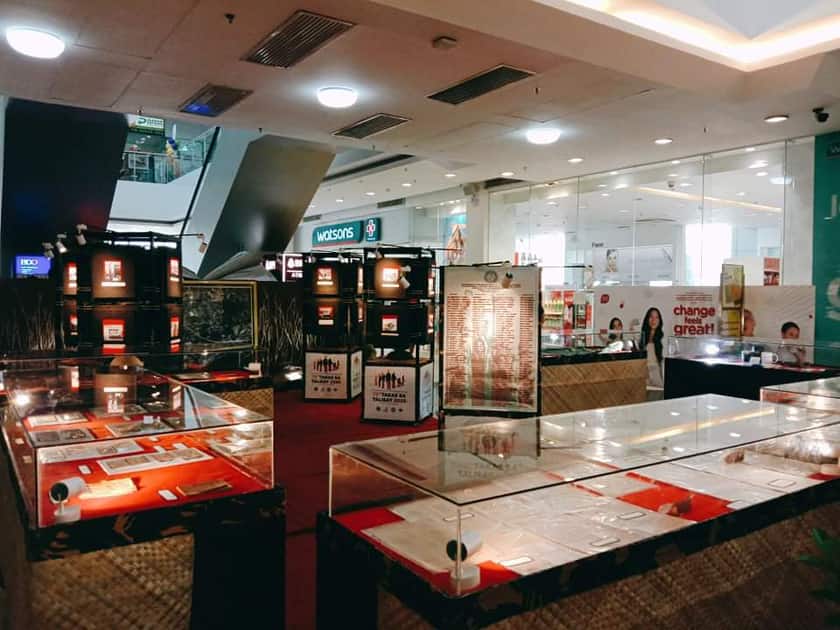 A view of the 75th Takas sa Sugbo showing photos about the liberation of Cebu and World War II at Robinson’s Mall in Talisay City  without the crowd because of the quarantine measures being implemented against the COVID-19. | Contributed photo

Let me also congratulate the University of San Carlos for producing alcohol at its chemistry labs at the Talamban Campus quietly and without any fuss. These were then sent to the Talisay District Hospital. I understand it was Father Aleks Gaut, SVD, the vice-president for academic affairs and the Council of Department Chairs under him that volunteered their time to help USC’s chemistry faculty in making the alcohol. The same group also started producing masks for the same hospital.

Be safe everyone and please observe social distancing. /dbs

Read Next
The best gift to our warriors in the field