LeBron: ‘No more high-fivin’ after this’ 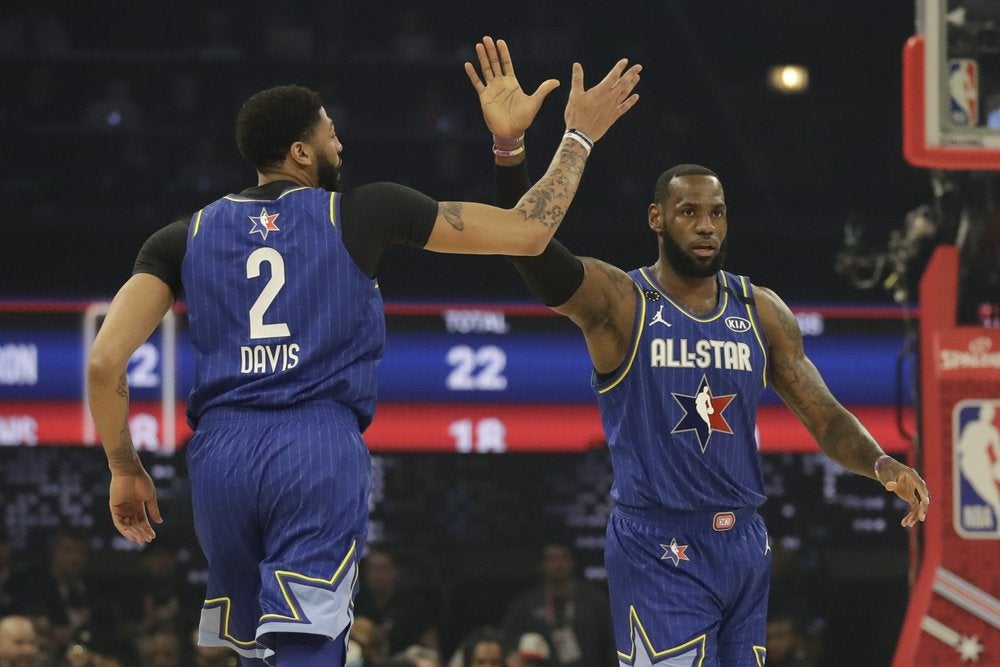 LeBron James has different handshake rituals with all his teammates.

It’s common for him to remember them and keep using them for years, even when those teammates become opponents later after they go through trades or free agency.

Those days, he says, are gone now.

The Los Angeles Lakers star appeared on the latest “Road Trippin’” podcast with former teammates Richard Jefferson, Channing Frye and Lakers broadcaster Allie Clifton and insisted his handshake days are over, thanks to the coronavirus pandemic.

“I ain’t high-fivin’ nobody for the rest of my life after this,” James said.

Handshakes, medical officials have said, are one of the ways the virus can be spread from person to person.

So even when the NBA returns, James believes that some tenets of social distancing will remain in place on the court.

“No more high-fivin’ after this corona (stuff). Nope,” James said. “Wait until y’all see me and my teammates’ handshakes after this (stuff).”

The NBA suspended its season on March 11 when Rudy Gobert of the Utah Jazz became the first player to test positive. The league is still discussing scenarios for resuming play once allowed.

The Lakers had a Western Conference-best 49-14 (win-loss) record when the games were suspend due to the coronavirus crisis.

Read Next
Please stay at home