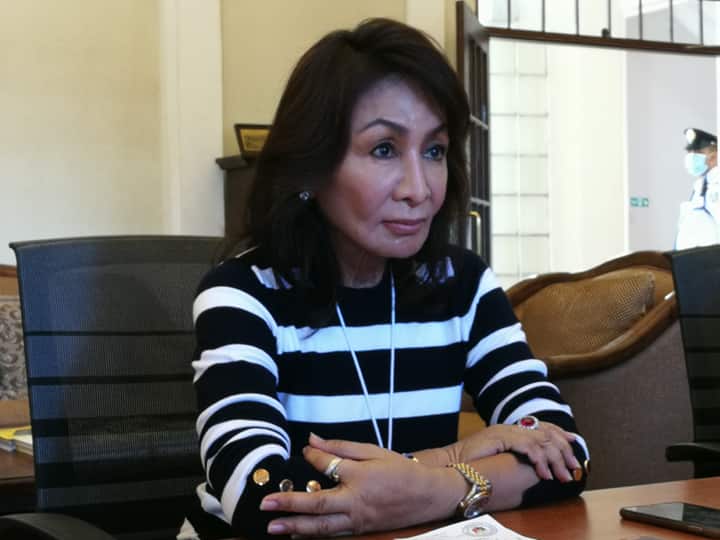 Cebu Governor Gwendolyn Garcia has asked the Mactan Cebu International Airport Authority why they allowed foreigners to enter Cebu through the airport when Cebu province has imposed a ban on international flights. | CDN Digital file photo

CEBU CITY, Philippines — Despite the Cebu provincial government’s ban on domestic and international arrivals, at least 38 foreign nationals have arrived in Cebu on Saturday, March 28, 2020, to board sweeper flights back to their countries.

This was disclosed by Governor Gwendolyn Garcia in a press conference on Sunday, March 29, as she questioned the Mactan Cebu International Airport Authority (MCIAA) for allowing Cebu to become the “receptacle” of the foreign nationals.

Garcia said the MCIAA neither coordinated nor informed them that the foreign nationals, who flew in from different parts of Visayas and Mindanao, were arriving in Cebu.

(Why Cebu when there are other airports where they are. Look at this. These foreigners, who arrived here, where did they come from? They came from Tagbilaran, from Dumaguete — They came here to return home. These are the foreigners.)

(Why would we give them — the foreigners — special treatment when we would not even allow Filipinos to enter Cebu.)

Garcia said the foreigners arrived in private planes and checked into two hotels in Lapu-Lapu City.

But Lawyer Steve Dicdican, MCIAA general manager, told CDN Digital that the arrival of the foreign nationals from parts of the Visayas were not coordinated with their office, too.

“There were stranded foreigners who arrived via sweeper flight yesterday in Cebu from other parts of Visayas so they could take onward flights to their home countries. We were just as surprised about their arrival as there was no prior coordination with the airport nor with the Department of Tourism,” Dicdican said.

Despite the absence of prior coordination, Dicdican said they needed to allow the repatriation flight as this was allowed by a resolution of the Interagency Task Force on Emerging Infectious Disease (IATF-EID).

“That resolution mandates free and unimpeded access to and from the airport and hotel for these stranded foreigners, notwithstanding any LGU pronouncement to the contrary,” Dicdican said.

“The Bayanihan Act also provides that it is the President who has the authority to limit and restrict the transportation sector, and that all LGUs must act within the letter and spirit of all the rules, regulations and directives issued by the National Government,” he added.

Governor Garcia, during the press conference, said she would study possible actions that might be taken against those responsible for letting the foreigners fly into Cebu despite the province’s policy banning the entry of anyone arriving in international flights in the province.

“I am just following the law and the national directive. I suggest LGUs do the same. The air transportation sector is under the authority of the President and the DOTr/IATF during this time of national emergency, not the LGUs,” Dicdican said./dbs