Curfew violators in Danao City made to pray the rosary 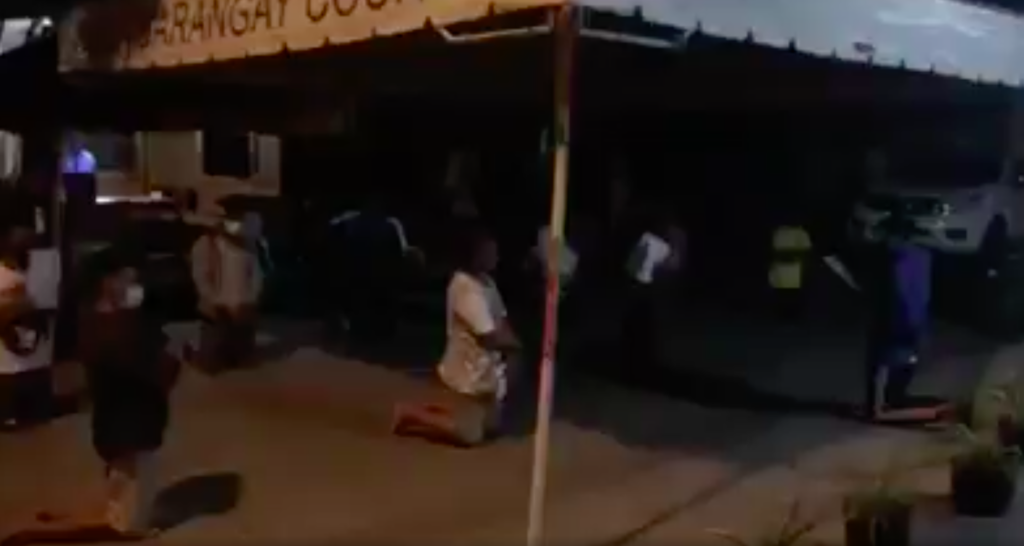 Curfew violators in Danao City were made to pray the rosary before they are released from police custody. | Photo courtesy of the Danao City Police Station.

Instead of making them undergo lectures or render community service, curfew violators were told to kneel on the ground and pray the Holy Rosary.

“We have done other ways just to discourage the public to go out but nothing works. There were still people strolling the streets at night, especially minors. But when we started doing the rosary for those who were caught, we noticed that lesser people (would now) go out. There were also no more minors roaming the streets,” said Police Lieutenant Colonel Maribel Getigan, chief of the Danao City Police station

Danao City started to implement its 8 p.m. to 5 a.m. curfew on March 17 as a means to prevent the spread of the coronavirus disease 2019.

Since its implementation, police already arrested 132 curfew violators including minors.

Arrested individuals were made to undergo lectures that will normally last from one hour to two hours before they are booked and sent home.

However, Getingan said she has observed that residents continue to disregard the city-wide curfew, the reason why she thought of another means to instill discipline on violators.

On Sunday, March 26, Getingan said she thought of making violators pray the rosary before they are sent home.

Violators were gathered in an open space located near the police holding area in Barangay Poblacion.  They were made to kneel on the ground and pray the rosary.

The police chief warns Danao City residents of stiffer sanctions if arrested for the second time.  Constant violators will have to face charges for disobedience and resistance to persons in authority, she added. / dcb

CCPO gears up for BBM inauguration