Barangay vs MILO, who holds the turf in the barangays? 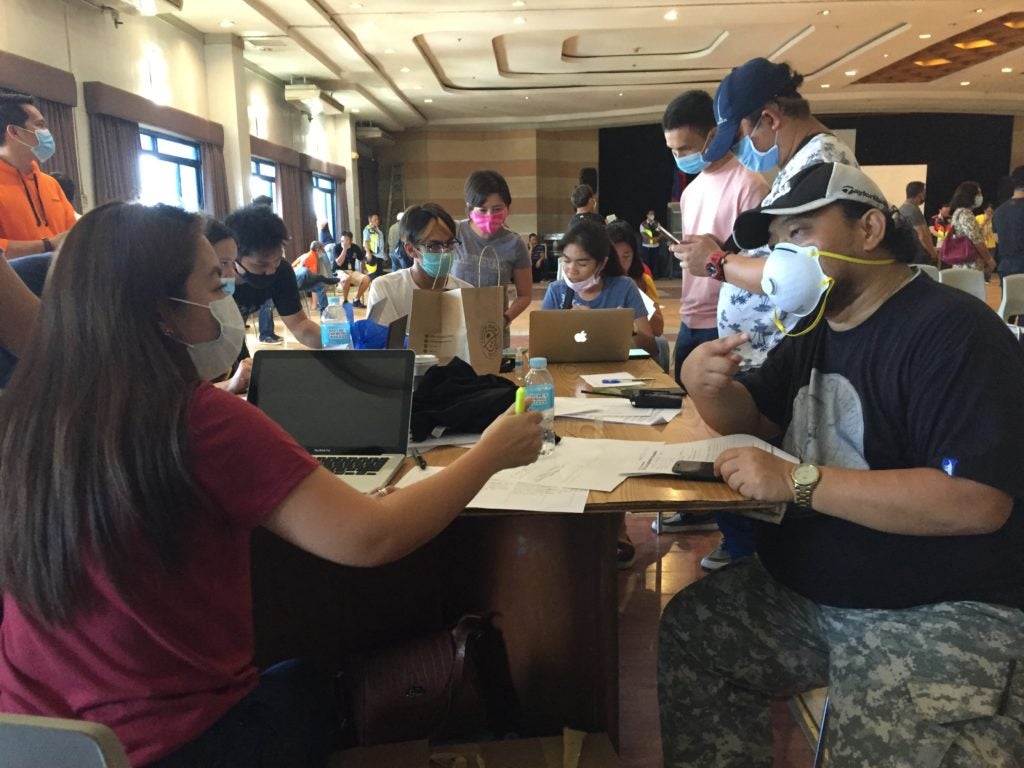 CEBU CITY, Philippines — Cebu City Mayor Edgardo Labella has emphasized repeatedly that politics should be set aside during the pandemic that has brought economic and social consequences to the city.

“Let us put aside political differences and unite to fight against COVID-19 (Coronavirus Disease 2019),” he said once again during a press conference on April 1, 2020.

Labella advocated for the empowerment of the barangay and said the “barangay knows best” when it comes to the distribution of the disputed enhanced community quarantine (ECQ) pass.

Yet during the conference, the mayor was surprised to know that his own Mayor’s Information Liaison Officers (MILO) has been delegated to distribute the ECQ passes prompting him to lean towards his City Administrator, Floro Casas, Jr., for confirmation.

Labella then urged both barangays and MILO to set aside their issues. He ordered the MILO to always coordinate with the barangays when it comes to the ECQ passes.

Councilor Franklyn Ong, the president of the Association of Barangay Councils (ABC), expressed disappointment during the council’s regular session on Wednesday.

He said that the barangays appreciate the empowerment of the mayor, but laments how politics still affect the running of the barangays.

In some barangays, the MILO has been tasked to distribute the passes, but they have not coordinated with the village chiefs causing discord and sometimes redundancy in the distribution.

This concern has disrupted the distribution process of the barangays because some households have been checked on twice, by the MILO and the barangay, causing confusion to the residents.

“It is frustrating to hear that from the top, that politics will be put aside, but on the ground level, it is not being done. We have proof that some MILO (Mayor’s Information Liason Officers) are distributing the quarantine passes. We will be lodging a complaint to the national,” said Ong in the council.

Ong said the barangays are looking into filing charges against the MILO for issuing passes during the ECQ relating this to the statement of President Rodrigo Duterte that politicking must be avoided during the Covid-19 pandemic.

Majority floor leader Councilor Raymond Garcia, defended the executive department saying that the MILO has been given only a small amount of ECQ passes because some barangays have asked the help of the agency.

He denied the giving of preference to the MILOs and encouraged the unity of the MILO and the barangays.

Other council members have also raised concerns about the distribution of the ECQ passes in the barangay levels.

Councilor Dizon has called on Labella to suspend the ECQ passes and revisit the purpose of these for the general welfare of the public.

Dizon said that the city should find a better system for the ECQ if the current system is causing more harm than good.

In Barangay Hipodromo, the residents are confused because the barangay-issued quarantine passes have a corresponding blue sticker on the back while MILO issued passes do not.

The barangay refused to acknowledge the passes released by the MILO questioning their authority on the distribution.

Even Councilor David Tumulak has also spoken for the barangay over the MILO-barangay feud.

The Council agreed to raise the concern to Mayor Edgardo Labella to address the problems faced by the barangays.

As for the rice distribution, Garcia said the main implementor would be the Department of Social Welfare and Services (DSWS) because the funds are taken from them.

If they choose to use the MILO, the barangays have no choice because the budget will be liquidated by the DSWS, not the barangays.

He assured that 80 percent of the rice has been distributed to the barangays and the poorest of the poor will receive them.

Garcia said the delay was caused because of the implementation of the ECQ and the delivery has been challenging.

He assured all 100,00 sacks promised have already been purchased.

The distribution of rice also proved to be challenging for the barangays because the people expect the help to come from them.

For Barangays Talamban and Inayawan, two of the most populated barangays, they have used their own funds to provide grocery packs to their households.

Talamban Barangay Captain Danilo Arcilla told CDN Digital they have been sending out relief goods to the households especially since they have not received the rice assistance from the city.

Inayawan Barangay Captain Kirk Bryan Repollo said they purchased 10,000 worth of packs for the residents. /rcg