These animals have great communication skills 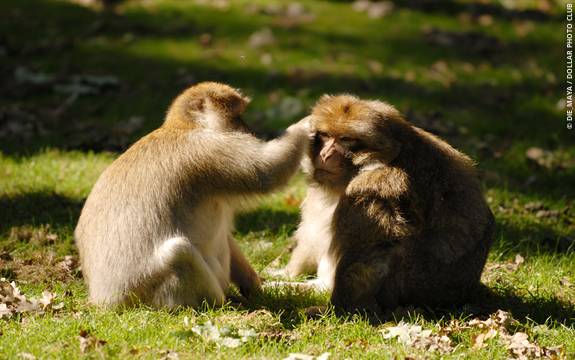 We have all at least once wondered if animals talk to each other.

Well, even though they don’t have a developed language like humans do, many animal species have great communication skills.

There are many ways animals communicate, and all of them are quite amazing.

Small insects called treehoppers cling to plant stems and communicate with each other by vibrating the stem they’re on. These signals are not understandable to us without the help of special instruments, but the sheer variety of these vibrations is pretty stunning. The adults vibrate as a part of a courtship ritual, with males often composing songs to woo females. Maybe that’s how the Beach Boys got the idea for “Good vibrations”.

Caribbean reef squids use patterns on their bodies

These strange animals use their pigment cells to send different signals to their peers. These cells are called chromatophores and they are dispersed all over their bodies. Caribbean reef squid can expand or contract these pigments very fast which helps them show different patterns and colors that explain different moods or even some more complex information.

Scientists have for a long time been amazed by the mystery of elephant communication that happened while they were separated by very long distances until one scientist realized that they produce sound waves of low – frequency. These sound waves humans can’t hear, but if they are strong enough we feel them as a pressure.

Humpback whales are the poets of animal kingdom

Humpback whale males sing to their mates, but the really amazing thing about these songs is that they have sequences that rhyme. We are not sure why, but rhyming probably helps them remember the songs like rhyme in our poetry helps us remember the words. They also use tempo when singing since the whale songs at normal speed sound like somebody having stomach cramps, but if we listen to the sound some 15 times faster it sounds more like some birds are singing.

We can’t hear them but bats talk to each other

Bats use sonars to understand the location of things around them. They use a process known as echolocation which means that they emit sounds at high frequencies we can’t hear and use the echoes from close objects to map out their surroundings. It also helps them for hunting and locating predators. Bats communicate among themselves by using screeches and chirps humans also can’t hear because they are emitted at high frequencies.

Ravens can use their beaks and wings to make gestures and point to an object in a similar way as humans using hands. They can show and offer objects and items like stones or twigs. These gestures are usually meant for the members of the opposite sex and those who see these gestures react by looking at the objects.