One of CV’s most wanted, companion killed in shootout with Mandaue City police 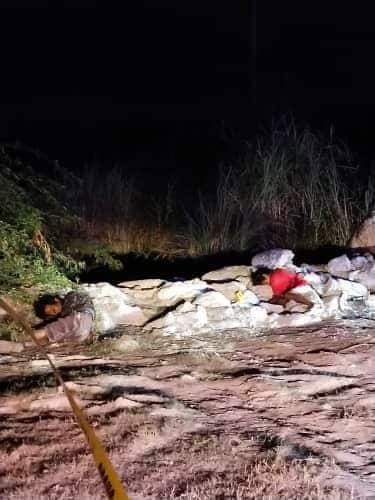 (L to R) Allan Ouano and a still unidentified companion were killed in a shootout with Mandaue City police Sunday night. | Paul Lauro

MANDAUE CITY, Cebu – One of the most wanted persons in Central Visayas and a companion were killed in a shootout with Mandaue City police Sunday night, April 5, 2020.

Suspect Allan Ouano, who is a resident of Sitio Cardaba, Barangay Basak in Mandaue City, has been in hiding because of pending warrants for his arrest for murder, frustrated murder, and homicide charges that were earlier filed against him.

Police Major James Conaco, chief of the Basak Police Station, said that they received a tip from a resident of Sitio Latasan in the neighboring barangay of Labogon on the presence of suspicions looking persons in their area at around 9 p.m. on Sunday.

Canaco said that he and his men went to Sitio Latasan together with personnel from the City Intelligence Branch (CIB) of the Mandaue City Police Office (MCPO) to verify the information.

When they saw the two suspects in a dark area in Barangay Labogon, Canaco said that he asked them to surrender.  But the two men fired shots at the police team.

Conaco said they retaliated hoping to neutralize the suspects, who were killed during the encounter.

Police recovered two caliber .38 revolvers with live ammunition and spent shells near the bodies of the two suspects.

Conaco said that it was during their background investigation that they found about Ouano’s pending warrants.

The bodies of the two men are now kept in a funeral parlor in Mandaue City. / dcb