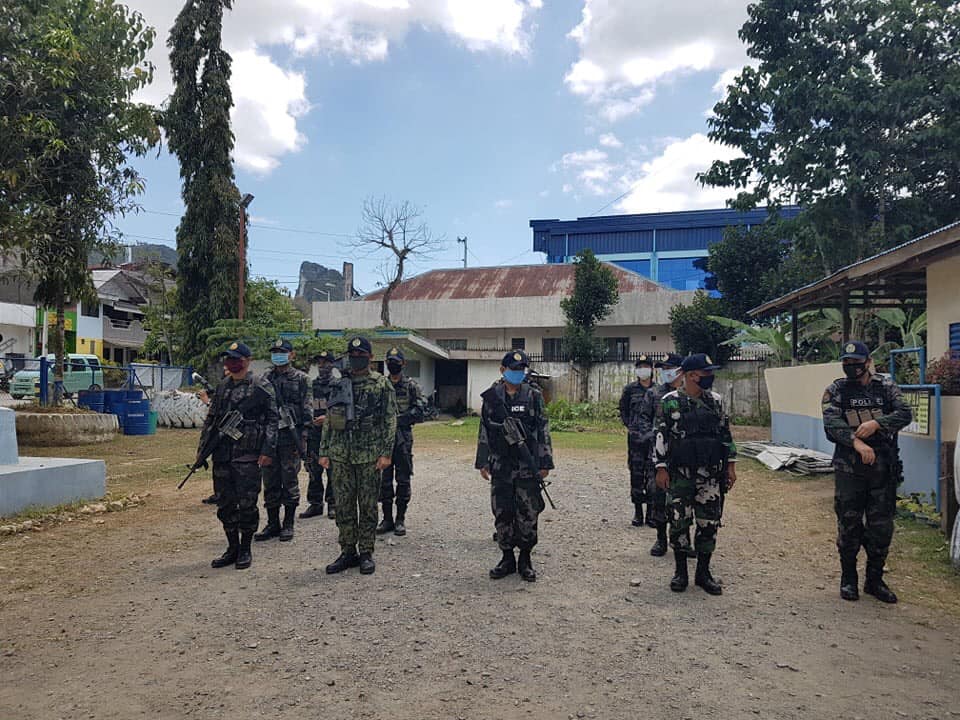 Personnel of the second Provincial Mobile Force Company of the Cebu Provincial Police Office (CPPO) line up outside their base in Barangay Das, Toledo City, on Monday afternoon, April 6, 2020. | CDND Photos / Alven Marie A. Timtim

CEBU CITY, Philippines — Impressed by the recent accomplishments of the Second Provincial Mobile Force Company (PMFC) of the Cebu Police Provincial Office (CPP) in Barangay Das Lutopan, Toledo City, no less than the chief of the region’s police visited the base to personally thank and congratulate the PMFC personnel today, April 6, 2020.

Police Brigadier General Albert Ignatius Ferro, director of the Police Regional Office in Central Visayas (PRO-7), cited the PMFC personnel for maintaining peace and order in their area of responsibility (AOR), for their tireless work in implementing the guidelines of the enhanced community quarantine in their jurisdiction and most especially for the recent raids of marijuana plantations.

In his visit, Ferro brought with him face masks, gloves, and gallons of alcohol as additional supplies to the base.

“I would like to thank you for still doing your job especially with maintaining peace to your AOR (Area of Responsibility). I hope you won’t be discouraged with this health emergency,” said Ferro.

Ferro said that the arrest of the suspects means lesser cultivators of the illegal plants in the area.

The series of police operations from the police according to Ferro only proves the perseverance of the PRO-7 cops in protecting the community from any harm and criminalities. /rcg

Read Next
BREAKING: No COVID-19 cases, deaths in CV for the 5th time; 2 more recoveries