Of Semana Santa and churches in southern Cebu

Holy Week or Semana Santa, is one of the most significant events for many religious Filipino Catholics.

It is a week of repentance, penance, and meditation, and it is also a week to commemorate redemption and salvation.

As a Holy Week devotion, usually, it is in these times that most Filipino Roman Catholics will be visiting seven or fourteen churches in order to pray and meditate on the Passion of Jesus Christ. Called Visita Iglesia, this practice cultivates the spirit of prayer and penance to everyone who does it. But with the current situation that we are facing right now, most of us are hesitant to practice the Visita Iglesia.

So while we stay at home in this time of Holy Week, let’s make use of technology and the online platform to continuously observe the religious event and to bask in the rich history of the various churches in Cebu.

Here are some churches and their history as described by some Cebuano heritage buffs.

History of Churches in Southern Cebu 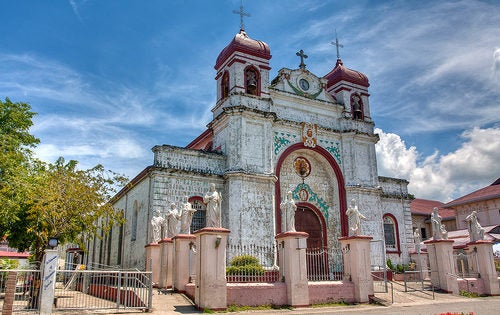 Construction of the present-day Carcar Church started in 1860 and finished in 1875. It has Greco-Roman and Muslim features. The Roman influence can be seen in the massive arches that serve as doorway and the nave and the minaret-like roofs of the bell towers are Muslim-inspired. This church is the second oldest church in Cebu and it is also known for the life-size sculptures of the 12 apostles in the patio of the church. 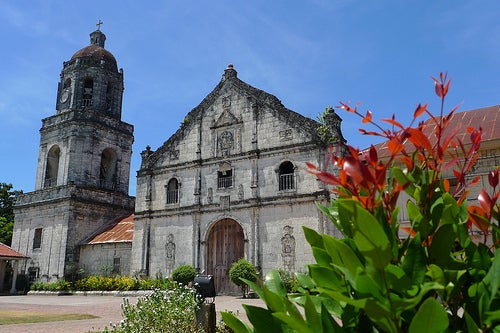 Considered as a National Historical Landmark, Argao’s San Miguel Arcangel Parish Church is among the well-preserved Spanish structures in Cebu.

Constructed in the year 1783, the church was designed with baroque-rococo elements. The facade is topped by a triangular pediment and decorated with reliefs of birds, cherubs, and flowers. Columns resting on tall plinths divide the whole facade and its belfry is separate from the church but connected by a low structure.

Church of the Immaculate Heart of Mary in Minglanilla 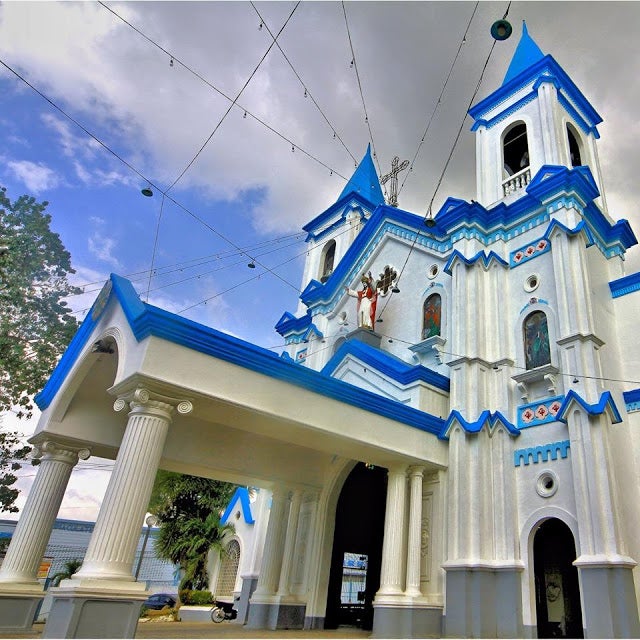 The construction of the church started in 1880 and finished in 1886. It is among the few churches in Cebu with Gothic features.

The tall and narrow bell towers with their cone roofs or spires of the Church of the Immaculate Heart of Mary in the town of Minglanilla are derived from Gothic architecture elements. In the year 2005, the church’s exterior has been heavily renovated and repainted. 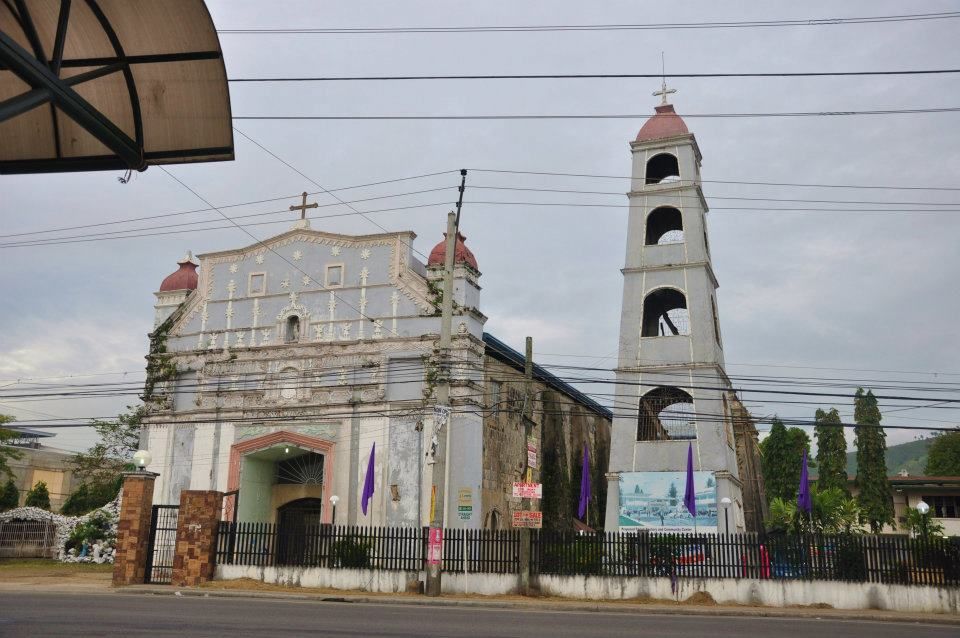 The San Franciso de Asis Parish Church in Naga is small and different from other similar structures in Cebu. Its pediment is heavily embellished by carvings of cherubs with musical instruments and miniature columns while its lower facade is left bare.

It was said that the decorative carvings on the church’s facade that include rosettes, leaves, and curlicues are a throwback to Mexican art called tequitqui.

The foundation for the Church of the Nuestra Senora de la Inmaculada Concepcion was laid in 1830 but was completed in 1848 and the adjacent bell tower was built in 1858.

What makes this church unique are the cut coral stones that were used for the church pillars and walls. It used to have brick tiles for the roof but this was replaced with galvanized sheets in the year 1932 and the pediment of the church is decorated with finials and the Spanish royal seal.

This church actually had a history of fires.  It was burned by Filipino guerillas in 1942 and the whole complex got burned again in 1955. The last documented fire incident was in 2008 when the parish priest left his modem running while he was out of the church. The modem overheated and the rest was history.

The good thing is that the church is always restored every time it got burned. 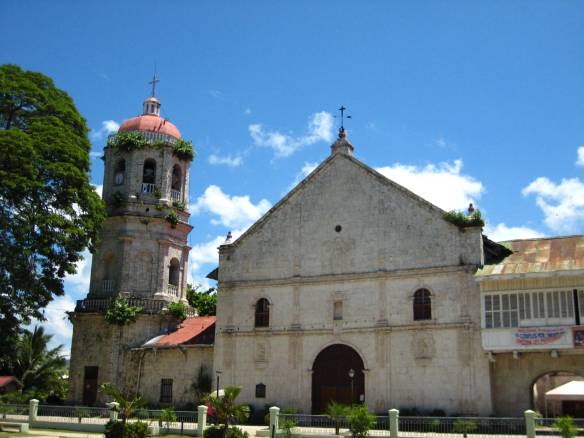 Dalaguete became an independent parish in 1711 and construction of the San Guillermo el Hermitano Parish Church began in 1802 and ended in 1825.

In the construction of the church, they used bricks and hewn coral for the walls and has adapted a baroque-rococo style for the church’s design.

The Dalaguete church complex is arranged similar to Argao: the main church building is connected to the bell tower by a low structure and the convento stands across the belfry. The side windows of the church has pointed arches at the top, hinting a Gothic influence, and the church’s arched ceiling features murals of biblical scenes.

It is said that this church was used as a refuge of early settlers from invading Moros and is among the few remaining church-fortress in the Philippines.