LGUs to pay back cash aid given to unqualified beneficiaries – Nograles 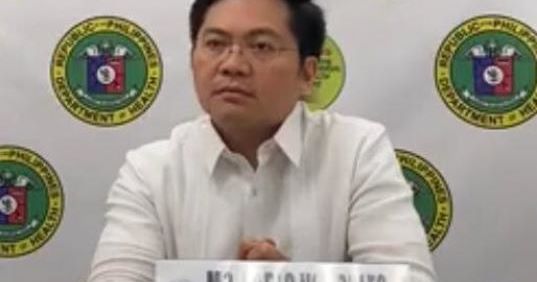 MANILA, Philippines — Local government units (LGUs) that will give away cash aid from the social amelioration program to unqualified beneficiaries will have to pay it back.

The Inter-Agency Task Force (IATF) on Emerging Infectious Diseases warned local officials to follow the guidelines for the cash aid to low-income families since the funds will be audited afterwards.

“If your distribution of funds is not correct, the LGU is constrained to refund it. Refund does not absolve you from any criminal, civil or administrative liability,” said IATF spokesperson and Cabinet Secretary Karlo Nograles.

In a virtual press briefing on Sunday, he explained that the Department of Social Welfare and Development (DSWD), after downloading the funds to the LGU, would be conducting a validation of the beneficiaries after 15 calendar days.

“If the beneficiary is ineligible, the DSWD will inform the LGU. The LGU will be constrained to reimburse the money and there will be an investigation for determination of administrative, civil, and criminal liability,” Nograles said.

Qualified beneficiaries will receive P5,000 to P8,000 in cash aid to help them during the COVID-19 lockdown until April 30.

The emergency subsidy program excludes elected and appointed government officials and employees, employees in the private sector, retired individuals receiving a pension, among others.

Nograles stressed that aside from validation by the DSWD, the funds would also be audited by the Commission on Audit.

However, the government has a grievance and appeals mechanism for those who believe that they should be beneficiaries of the emergency subsidy program.

Meanwhile, Nograles said the IATF would be studying Albay Rep. Joey Salceda’s proposal for a P45 billion wage subsidy program for freelancers and workers of small and medium enterprises.

The IATF spokesperson said they must first determine if the intended beneficiaries of Salceda’s proposal were not yet covered by the government’s emergency subsidy and social amelioration programs.

“We will tackle that in the context of the programs that have already been put in place, social amelioration plus our assistance to the small to medium enterprises. We’re also discussing how to include lower middle-income families,” Nograles said.

Salceda is proposing payroll support for workers, entrepreneurs and self-employed program which seeks to cover 5.8 million workers for SMEs, freelancers and sole entrepreneurs.

The lawmaker said he wrote to President Duterte to propose the program, which seeks to give a wage subsidy of P2,500 to P3,000 a month for the next two months.

Read Next
Chan to Oponganons: Stay at home so we could win fight vs COVID-19