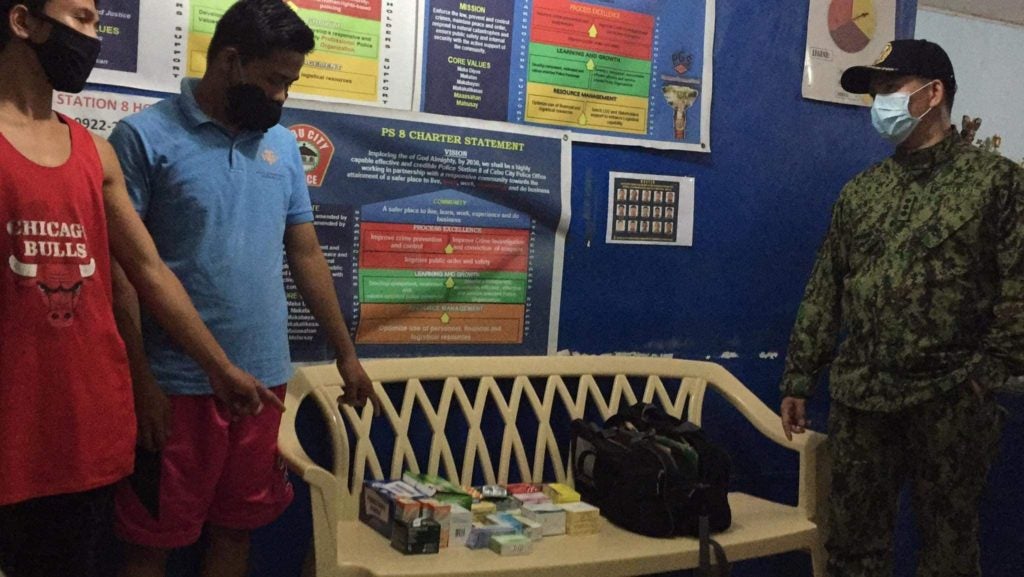 CEBU CITY, Philippines — The public, especially those in the vicinity of Barangay Talamban, are encouraged to look out and report individuals selling fake medicines.

This, after the Talamban police, arrested two men who were caught selling fake medicines to convenient stores in Sitio Center, Barangay Bacayan on Monday, April 13, 2020.

Police Captain Jonathan Taneo, chief of the Talamban Police, said that they are still conducting further investigation on whether the suspects have already distributed their counterfeit products to other areas around the city.

Taneo identified the suspects Ruel Nuñez, 20 and James Bulat-ag, 22, who are both residents of Barangay San Jose, Cebu City.

According Taneo, the two were chanced upon by roving policemen selling their medicines to a convenient store. When the police asked for their quarantine pass, the two showed them a fake one. They later found out that the suspects were peddling antibiotics which are not supposed to be sold in convenient stores.

This led to the arrest of the suspects, said Taneo.

Meanwhile, Police Colonel Josefino Ligan, chief of Cebu City Police Office (CCPO) said that the two will be facing two cases – one for the violation of the Enhanced Community Quarantine and the other for violating section 30 of Republic Act 10918 or the Philippine Pharmacy Act.

Ligan said that the two are now detained in the Talamban Police station while the police prepare the charges to be filed against them.

Ligan then reminded the public to report any suspicious persons and not just those who are selling overpriced products but those peddling fake medicines as well. /rcg