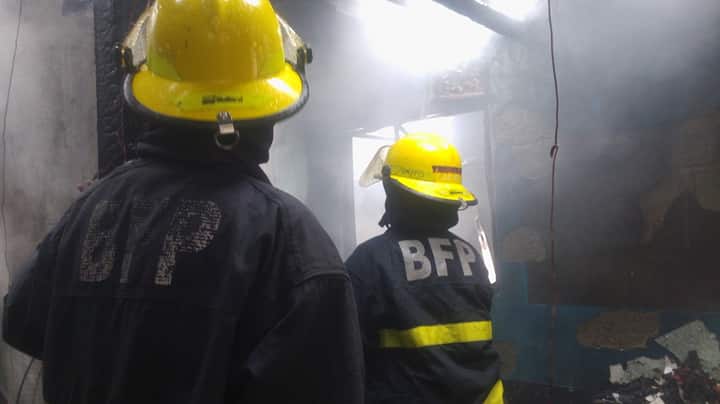 Firefighters of the Bureau of Fire Protection in Central Visayas (BFP-7) continue to put out a fire in Barangay Pahina Central in Cebu City in this January 3, 2019 photo. | CDN Digital file photo

CEBU CITY, Philippines — The Cebu City Fire department is equipped and well prepared to respond to any possible fire incidents that may hit areas with coronavirus disease 2019 (COVID-19) cases in the city.

Senior Fire Inspector Arnel Abella, chief of operations of the Cebu City fire Department, said this about the concerns regarding safety protocols in case of fire incidents in the city amid the COVID-19 crisis.

Abella said that even before Barangay Luz was put under lockdown due to several cases of COVID-19 cases, the Cebu City Fire Department had already been practicing their response protocol which would be followed once fire incidents would happen in the future.

He said that each firefighter of the fire department had a complete set of personal protective equipment (PPE) and his own self contained breathing apparatus (SCBA).

These PPEs would be used once firefighters would enter the fire scene, and they would have the capacity of sustaining air for 30 minutes.

Abella said that with COVID-19 cases in the city, all the personnel were required to wear the complete PPE and SCBA when responding to fire alarms.

“We are even responding in a mindset that the areas with possible future fire have COVID-19 cases which deem it necessary for us to be in complete safety gear,” said Abella.

Abella said that their responding protocols, where they would be required to wear full PPE with SCBA, would, however, limit each firefighter’s capacity to hold out longer in the fire scene given that SCBA only would only last for 30 minutes.

“Although we have many spare tanks and we could refill oxygen on site, we limited the number of personnel entering the fire scene and set them by batch instead,” said Abella.

This would mean that instead of all the personnel entering and surrounding the area, at least 12 persons in two fire trucks would enter per batch. This would however depend on how big the fire would be, said Abella.

Proper disinfection protocol would also be done after responding to every fire alarm, said Abella.

He said that the Cebu City Fire Department were also updated and were in close coordination with the police and the City Disaster Risk Reduction Management Office (CDRRMO) because their part would be to facilitate crowd control.

“We are prepared and ready to respond to any disaster, we assure the public,” said Abella./dbs