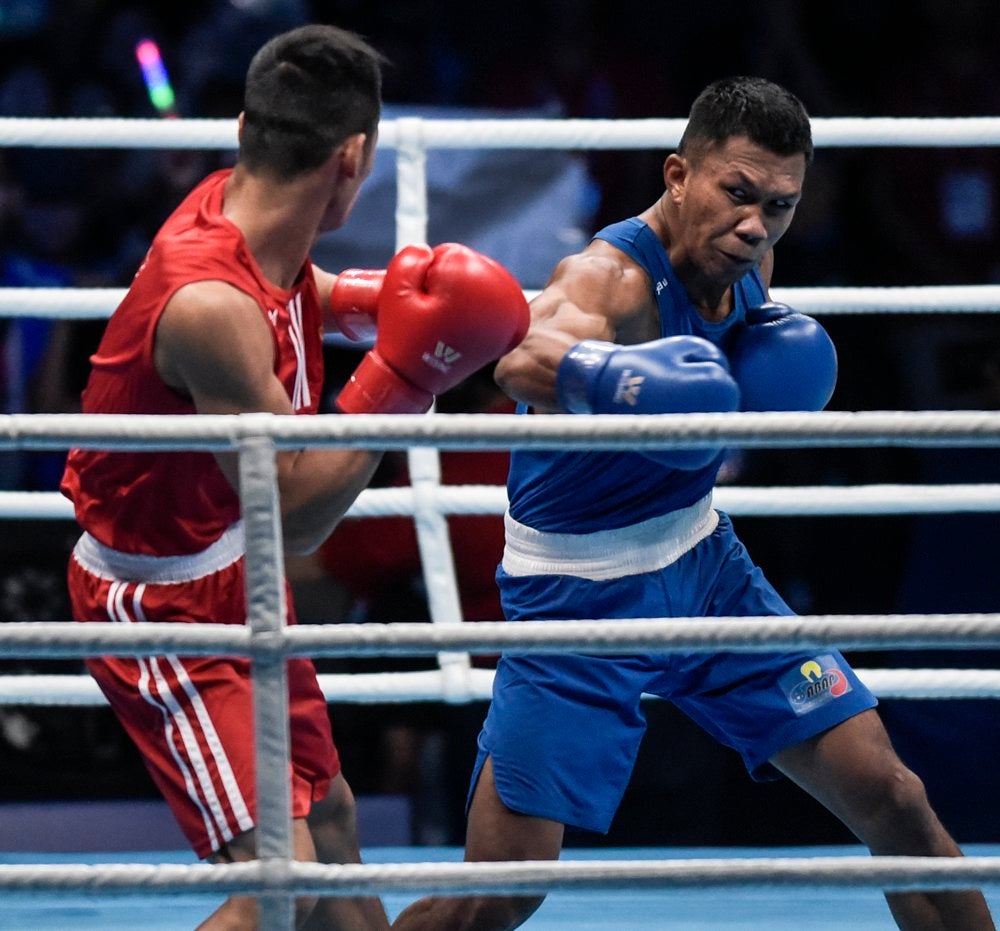 Eumir Marcial will do everything to fulfill a promise to his father. —SHERWIN VARDELEON

The pessimism surrounding the staging of the Tokyo Olympics in 15 months is “disconcerting,” a Philippine sports official said on Tuesday, but that hasn’t stopped some of the country’s brightest hopes for a medal in the Summer Games from pushing hard to realize a cherished dream.

A Japanese professor of infectious disease says he is “very pessimistic” the postponed Tokyo Olympics can open as rescheduled, and even Toshiro Muto, the CEO of the Tokyo organizing committee, had expressed his reservations too.

“Obviously, when you hear news like that, it is disconcerting,” said Ed Picson, secretary-general of the Association of Boxing Alliances in the Philippines, which has qualified two athletes to the Olympics—the most by any national sports association thus far.

“We take our cues from the IOC (International Olympic Committee) and the Tokyo organizing committee so every time you hear something negative from any of them, that causes a slight worry, especially since it’s so hard to plot our next move considering the situation.”

Philippine government has put the entire Luzon in a strict quarantine in an attempt to curb the spread of COVID-19, which has caused a global pandemic and shut down countries and sporting events, including the Olympics. Tokyo was supposed to host the quadrennial meet in July this year but rescheduled to next year because of the coronavirus.

But even the new dates seem uncertain now.

Muto expressed his own reservations 10 days ago. Since then, the organizing committee and the IOC have said there is no “Plan B” other than working for the Olympics to open on July 23, 2021.

“I am very pessimistic about holding the Olympic Games next summer unless you hold the Olympic Games in a totally different structure such as no audience, or very limited participation,” Iwata said, speaking at a forum arranged by the Foreign Correspondents’ Club of Japan in Tokyo.

“You have to invite so many athletes from many, many places, which is not very compatible with this COVID-19 infection that is causing a pandemic.”

“I’ll still do my best to fulfill a promise I made to my father,” said Marcial, the Southeast Asian Games middleweight champion.

“I’m still hopeful,” Magno said. “I’ll still do everything that my coaches ask me to do.”

Picson said the two, along with Nesthy Petecio—who hopes to qualify for Tokyo—and other boxers in the national team, have been receiving training modules from their coaches so they can continue working out at home.

“That’s the best we can do right now,” Picson said. “They have their workouts and routines that they can do at home. What we have been stressing to them mostly are three things: stay healthy, stay fit and stay put.” —with a report from AP INQ

Read Next
Sports bodies give back to PSC