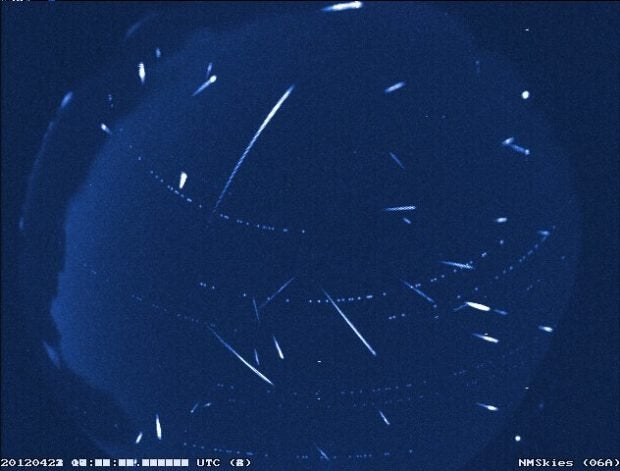 Angelica Orongan, weather specialist I of Mactan Station of the Philippine Atmospheric Geophysical and Astronomical Services Administration (Pagasa), said that the meteor shower will be active from April 16 to 25, with peak nights from April 22 to 23.

(It’s possible to visible here in Cebu…especially that Metro Cebu is not cloudy, so there is a big possibility we can see it.)

Lyrid meteor shower will be visible starting this evening but will be clearer from midnight until 5 a.m. on April 23.

Orongan also gave a tip to Cebuanos who wanted to witness the celestial event tonight.

(You just need a few minutes in order for your eyes to adjust to the darkness.) /bmjo