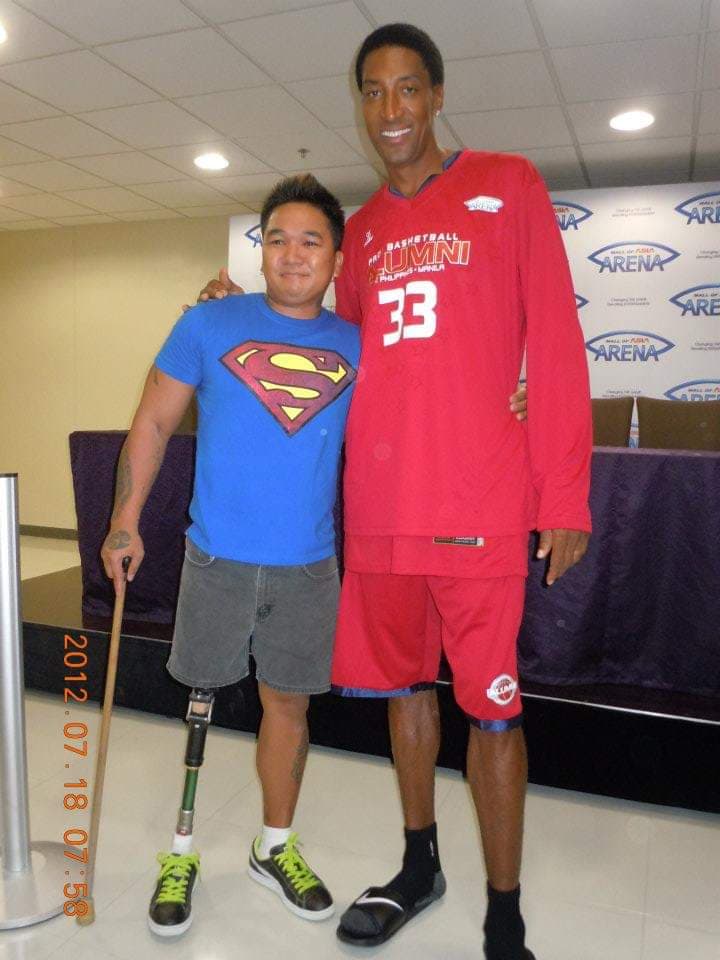 Cebuano Paralympian Arnold Balais considers his 2012 encounter with Chicago Bulls’ forward Scottie Pippen as one of the most unforgettable experiences of his life. | Arnold Balais.

The documentary has inspired several Cebuano athletes to also reminisce about their own experiences with the Chicago Bulls superstars.

One of them is Arnold Balais, a multi-awarded Paralympian. Balais told CDN Digital that he too had a “quick but unforgettable” experience in 2012 with then Bulls forward Scottie Pippen.

Balais recalled that he went to the Mall of Asia Arena then hoping to have his photo taken with Dennis Rodman during the NBA Legends Tour in July 2012.  NBA superstars played a friendly game with PBA Legends during the said visit.

(The purpose of my visit then was to meet with Dennis Rodman but he was surrounded by a lot of people making it impossible for me to get close.  Their scheduled presscon was also completed when I arrived at the venue but when he saw my artificial legs, Scottie called me to grant a photo opportunity.)

While his encounter with Pippen lasted only for a few seconds, Balais said that it was one of the most unforgettable experiences of his life.

(He came back to the venue to accommodate me even if they already finished with the scheduled presscon and it was very unforgettable.)

Balais said his memory of that very important day remains very vivid in his mind to this day.

“No problem man. Take care,” were Pippens parting words for him.

While he failed to have his photo taken with Rodman then, Balais said that he saw his idol play on the hardcourt.

“Seeing Rodman play was enough for me. Grabe ka rockstar, daghan kayg guards. Pero basin sa sunod nalang sad among chance (He was such a rockstar and he played with several guards. I am hoping that I will still get to meet with him soon),” said Balais. / dcb