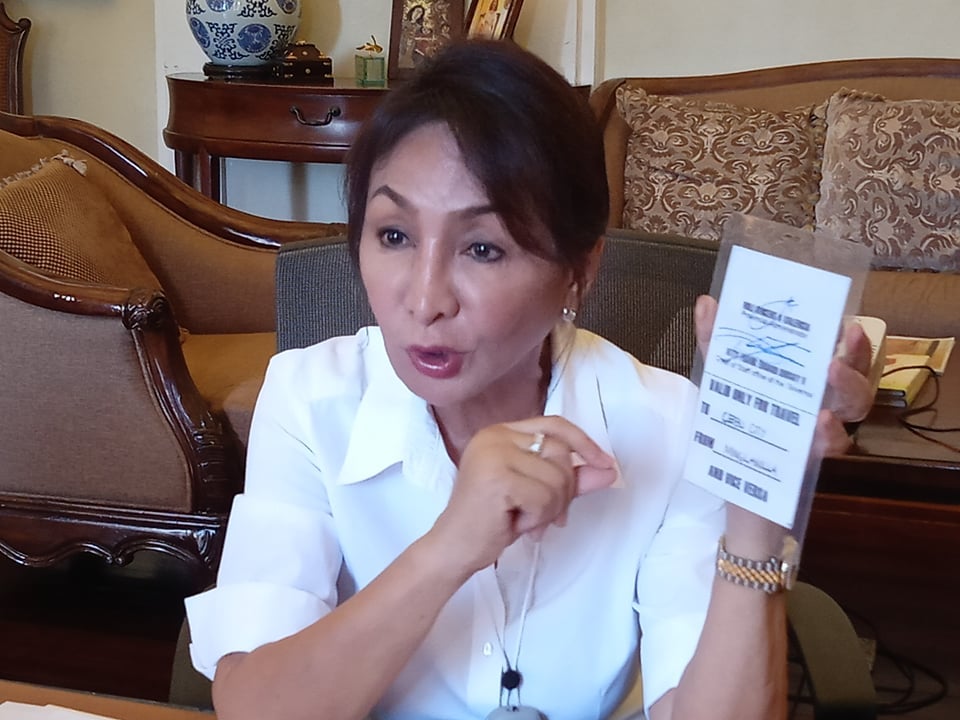 Governor Gwendolyn Garcia says people entering the province from Cebu City will have to present Cebu Provincial Government pass to those manning checkpoints at the borders. | CDN Digital file photo

CEBU CITY, Philippines — Governor Gwendolyn Garcia has advised local government units (LGUs) in the province to keep track of getting swab samples from persons having influenza-like illnesses (ILIs) in their jurisdiction.

Garcia said having the swab tests of the ILIs for them to be tested at the subnational laboratory of the Vicente Sotto Memorial Medical Center (VSMMC SNL) would, at least, give the real picture of the coronavirus situation in the province.

As of April 25, Cebu province maintains to have recorded only three COVID-19 patients — two have recovered and one succumbed to the disease.

Those patients that have tested positive of the virus were from Talisay City, Cordova and Consolacion.

(I am appealing to our LGUs to continue swabbing. We have municipalities, who are slow in swabbing those who have influenza-like illnesses. Please, do it faster so that we can be sure of the situation in the province, do the swabbing of the ILIs.)

Since April 1 when the positive test result of the patient from Consolacion was reported, the province has not reported any new case.

The plan for the rapid tests, however, has hit a snag due to a memorandum from the health department prohibiting the use of government funds for the procurement of rapid test kits as experts do not vouch its accuracy.

But then she announced in her press briefing on Friday, April 24, that the Department of Interior and Local Government and the Department of Budget and Management had a joint memorandum circular dated April 9, 2020, allowing local government units access to development funds to procure rapid testing kits.

Cebu province has also shut its borders against Cebu City, an independent highly urbanized city, due to the rising number of cases here. Garcia has referred to Cebu City as the epicenter of the pandemic in Cebu.

In most LGUs in the province, persons coming from other municipalities, especially Cebu City, are considered as persons under monitoring (PUMs) and are placed under a mandatory 14-day quarantine as a precaution against the virus.

Despite the closure of the borders against Cebu City, the number of PUMs in the different towns in the province has been reported at over 4,700.

The number has increased from the statistics reported on Thursday, April 23, before the province’s policy which further trimmed down the exempted persons who can enter the province has taken effect, which said there were 4,443 persons being monitored in the towns and cities./dbs

Read Next
No time for fear: Police frontliners’ view on the war against COVID-19