Magellan, COVID-19 similar challenges that Filipinos have and will overcome 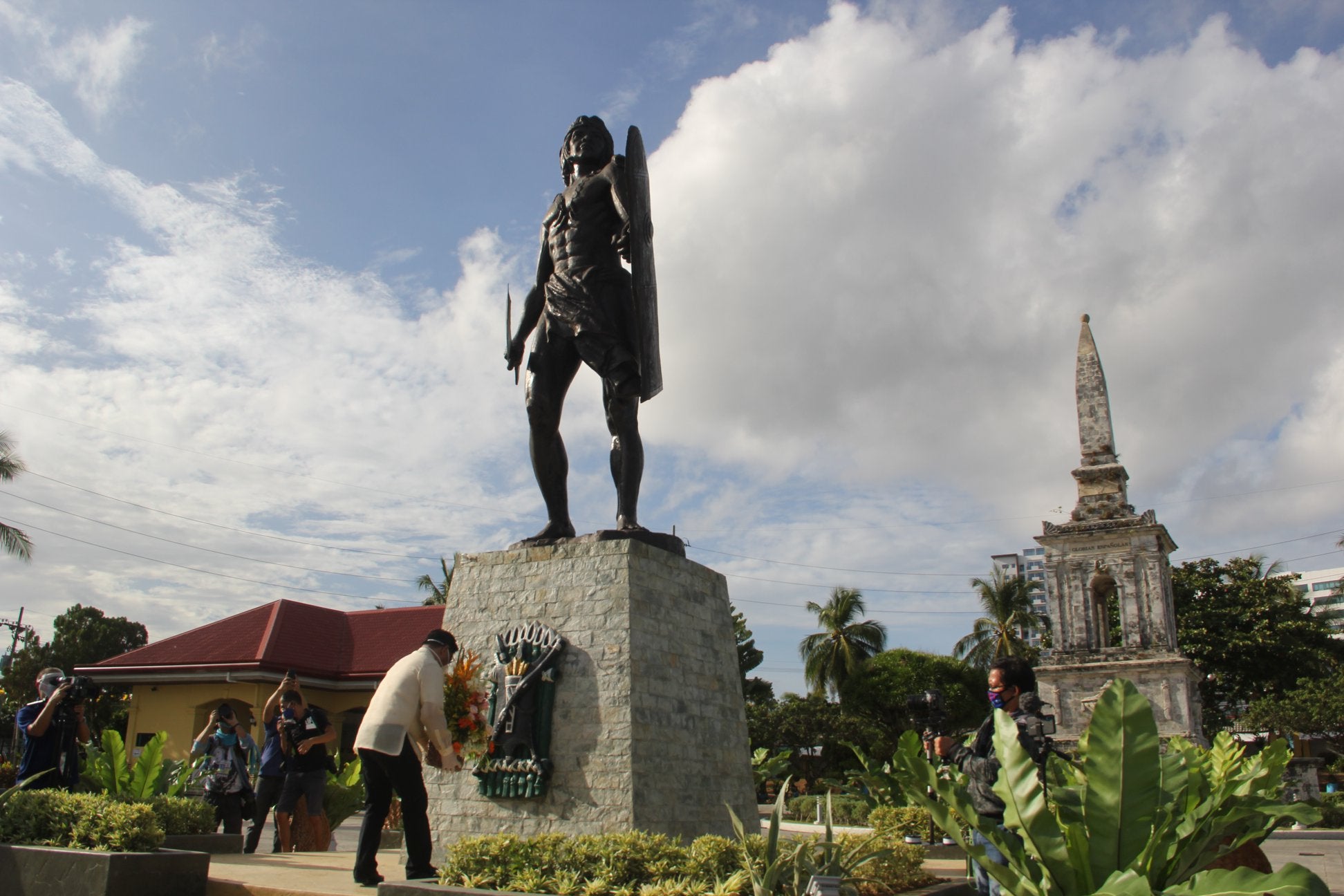 Mayor Junard Chan led the floral offering at the statue of Datu Lapulapu in Barangay Mactan to commemorate the historical battle that gave the Filipinos its firs victory against foreign invaders 499 years ago. | Photo courtesy of Lapu-Lapu City PIO

CEBU CITY, Philippines — Datu Lapulapu, the first Filipino hero, and his comrades claimed victory against foreign invaders at the Battle of Mactan 499 years ago.

And so will the Filipinos of today against the coronavirus disease 2019 (COVID-19) pandemic.

This Monday, April 27, 2020, the COVID-19 outbreak and the subsequent enhanced community quarantine (ECQ) implemented in most parts of the country has forced the cancellation of several activities, including the commemoration of the Victory in Mactan, which would supposedly mark the one-year countdown heading to the Philippine’s part of the quincentennial celebration of the first circumnavigation in 2021.

Assistant Secretary Ramon Cualoping III of the Presidential Communication Operations Office (PCOO) said it was saddening on the part of the national government that the pandemic has put in vain some of their preparations.

But in an online panel discussion hosted by the National Quincentennial Committee, Cualoping said the timing of the pandemic may also bring out a similar strength that Lapulapu and his men had when they faced the invading Spaniards.

(The quincentennial anniversary of the victory of Lapulapu, the strong Lapulapu, next year at this time, at the time of COVID-19, will show the strength of Filipinos in challenging times such as this.)

At 7 a.m. on Monday, Lapu-Lapu City Mayor Junard Chan lead the wreath laying at the Liberty Shrine in Barangay Mactan as a “simple” commemoration of the historic victory against the Spanish troops lead by Portuguese explorer Ferdinand Magellan.

“Indeed, the city was forced to change our plans for celebrating the Kadaugan sa Mactan because of the ECQ. It has been decided that all the city officials will take part in a simple floral offering activity  at the Mactan Shrine earlier this morning at 7 a.m.,” Chan said in the online panel discussion.

“This may be a simple gesture but I believe it is important for us to honor and pay our respect to our hero, Lapulapu,” the mayor added.

If not for the pandemic and the ECQ, civic military parade would have been conducted in Lapu-Lapu City to honor the hero since Lapulapu is also considered as a military leader.

Despite the cancelled grand pomp, Cualoping says the celebration of the 499th anniversary of Kadaugan sa Mactan shows strength of Filipinos against “unprecedented” challenges.

“I believe that what happened 499 years ago is quite similar to what is happening now. The Filipinos at the time, 499 years ago, have seen something unprecedented. Something na bago sa buhay nila — yung pagdating ng mga Kristiyano, ang pagdating ng ibang lahi. Ganito rin ang hinaharap natin at kaya natin,” Cualoping said.

(The Filipinos at the time saw something new in their lives — the arrival of Christianity and the foreign race. This is a similar situation that we are facing now and we can overcome this.) /bmjo