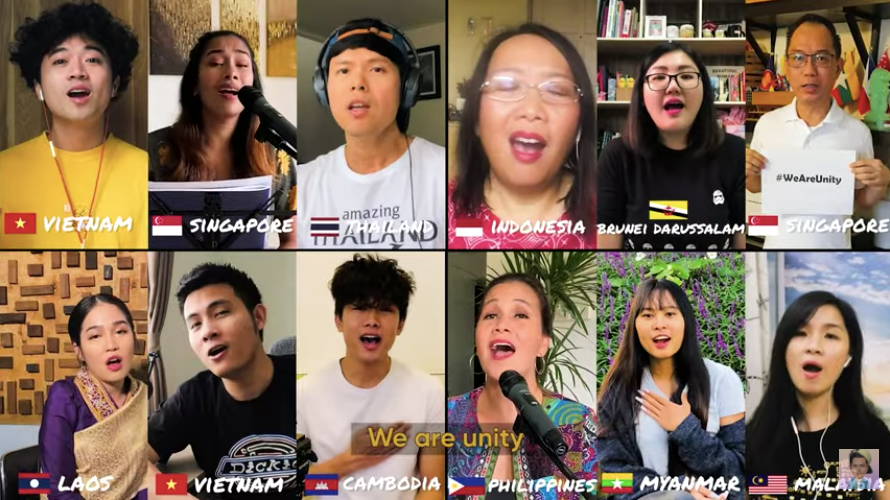 CEBU CITY, Philippines—  Former participants of the Ship for Southeast Asian and Japan Youth Program (SSEAYP) of the ASEAN came together as one community again to spread positivity and unity among nations during these trying times.

SSEAYP is a Japanese sponsored program where youth from ASEAN and Japan sail around Southeast Asia and Japan to be youth ambassadors of goodwill for about two months.

Leni Ingking, who hails from Bohol, participated in the SSEAYP in the ’90s and rekindled her SSEAYP connection yet again just last week as she was one of those who joined in singing the song, “We Are Unity.”

Watch the video of the song here:

WATCH: Former participants of the Ship for Southeast Asian and Japan Youth Program (SSEAYP )of the ASEAN create beautiful melody from across the globe to spread positivity amid the coronavirus disease pandemic. Among those who participated is Leni Ingking from Bohol. | Immae Lachica

“It was organized and performed by all former participants of SSEAYP (Ship for Southeast Asian and Japan Youth Program) and family members. Desmond Boey from Singapore initiated this project, the music video was put together in 1 week,” said Ingking.

Inking, who has been living in Singapore for almost 29 years already,  says that it was such an honor to be part of this project and to reconnect with her ASEAN roots.

“I feel honored to be able to share and connect with more than a million people and share love and positivity in the process through music,” she said.

And it was even made more special for Inking because her daughter, Nadya Zaheer, who is half Filipino and half Singaporean, joined in this project.

The four-minute video was uploaded by Art Thomya Journey on YouTube last April 12, 2020 and has since been viewed 32,154 times.

There were 14 former participants who joined in the singing of the song calling for unity. /bmjo