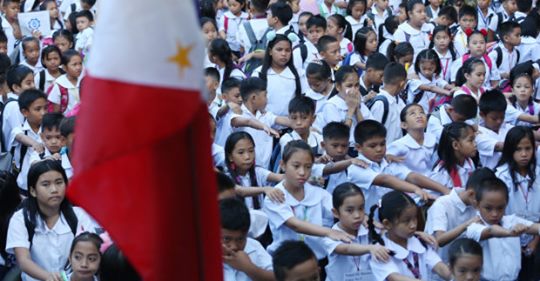 MANILA, Philippines — The government may issue new protocols for the resumption of classes if some areas are still under enhanced community quarantine (ECQ) by Aug. 24.

Presidential spokesperson Harry Roque said the Inter-Agency Task Force (IATF) on Emerging Infectious Diseases agreed to resume classes on Aug. 24 based on the premise that all areas would be under general community quarantine (GCQ) by then.

In an interview on dzBB, Roque said the Department of Education’s (DepEd) Basic Education Learning Continuity Plan, as adopted by the IATF, did not distinguish class resumption guidelines for ECQ and GCQ areas.

“There’s no distinction for now. We’re assuming that we will be on GCQ by Aug. 24. But if the ECQ will remain, the DepEd will have new guidelines for those areas,” he said.

He said the government was still monitoring the latest developments “but our assumption is, we will have GCQ by Aug. 24 since that date is still far off.”

He noted that private classes could resume in June but there would be no face-to-face interactions until Aug. 24.

Roque said private schools would use flexible learning methods such as online learning, homeschooling or the use of modules. Private schools can only resume face-to-face learning by Aug. 24.

He added that schools could tap alternative learning methods, while suspending extracurricular activities and events that would involve mass gatherings.

“There will also be the cancellation of extracurricular activities where there are large crowds like school sports, campus journalism, job fairs and others,” Roque said.

The IATF has yet to decide on the fate of the ECQ and GCQ in the country which is set to expire on May 15.