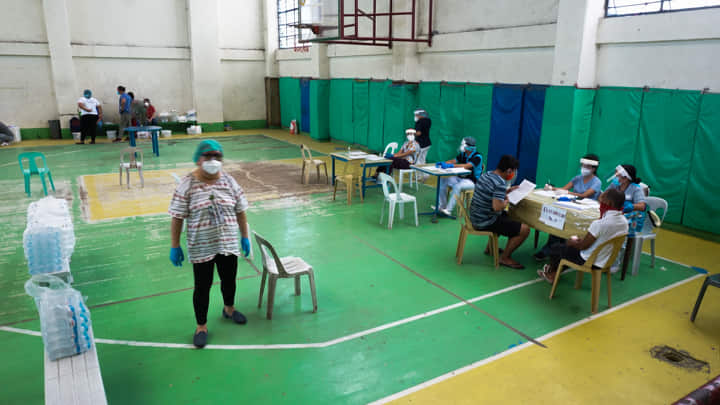 CEBU CITY, Philippines — The strategic rapid anti-body based community testing for COVID-19 in the cities of Cebu, Mandaue, and Lapu-Lapu may extend for at least two days after the first six days failed to gather even half of the target samples for the three cities.

In a virtual presser on Wednesday, May 13, 2020, Department of Health in Central Visayas’ (DOH-7) Chief Pathologist Dr. Mary Jean Loreche said the first six days of conducting massive testing gathered 14,747 samples as of May 12. This is only 37.27 percent of their target sample size of 39,564.

The community testing began last Wednesday, May 6. The 39,564 individuals represent 10 percent of the total households in the three highly urbanized cities.

Cebu City, which has the highest number of COVID-19 cases in the region with over 1,600 cases, has the least collected samples of 3, 570. Since Cebu City is the largest of the three cities, it supposedly has the highest target sample of 17, 536.

The mass testing was originally set to end on Friday, May 15.

“We still have 2 days… I know it might kind of look nga lisod kaayo abton [ang target] but we do have plans of possibly doing a sweeping. In other words we are going to extend by two or three days more,” Loreche said.

By “sweeping,” Loreche said their teams will go back to the areas with less or no participation in the testing in order to make their data that they will collect relevant.

Those who are positive for IgG, Loreche said, means that they may have been exposed to the virus at one point but their immune system was able to mount its defenses against the virus.

The 133 IgG positive will no longer be tested for COVID-19 using the real-time polymerase chain reaction (rt-PCR) machine. Swab samples will be taken from the 73 who tested positive for IgM alone and the 55 positives for both IgG and IgM. The 128 individuals will be subject to a confirmatory test using the rt-PCR.

Loreche also called on the public to help the health authorities by submitting themselves to be tested.

According to Loreche, community testing as part of the surveillance measure amid COVID-19 is important as it allows early medical intervention and lessens the risk of loss of life.

At present, the COVID-19 case fatality rate (CFR) in Central Visayas is only at 1.43 percent, several folds lower than the national CFR of over 6 percent.

“That is not something we should be exultant about o ba kaha maging complacent ta. It only means two things: One, we have the right testing modalities or facilities; number 2, is the surveillance. Kay kung sayo sila ma-test, sayo nato sila ma-kuha, sayo nato sila matambalan. The key here is getting them when they are just starting to have the disease,” Loreche explained.

As the testing will likely continue, Loreche said they hope to collect at least 70 percent of their original target sample size in order for their data to be relevant when interpreted.

The massive testing, as announced during the launching of Project Balik-Buhay (PBB), will be one of the basis in reopening the economy of the tri-cities amid the public health crisis.

The counterpart testing of the private sector on their employees, as a precaution before the businesses reopen, will also start this May 14.

On the recent resolution of the national Interagency Task Force (IATF), the cities of Mandaue and Lapu-Lapu may already transition to General Community Quarantine on May 16 but Cebu City will still be under a modified ECQ until May 31.

However, the three cities issued a joint statement on Tuesday, May 12, asking the IATF to retain them in the MECQ category while they complete their mass testing activity. /bmjo