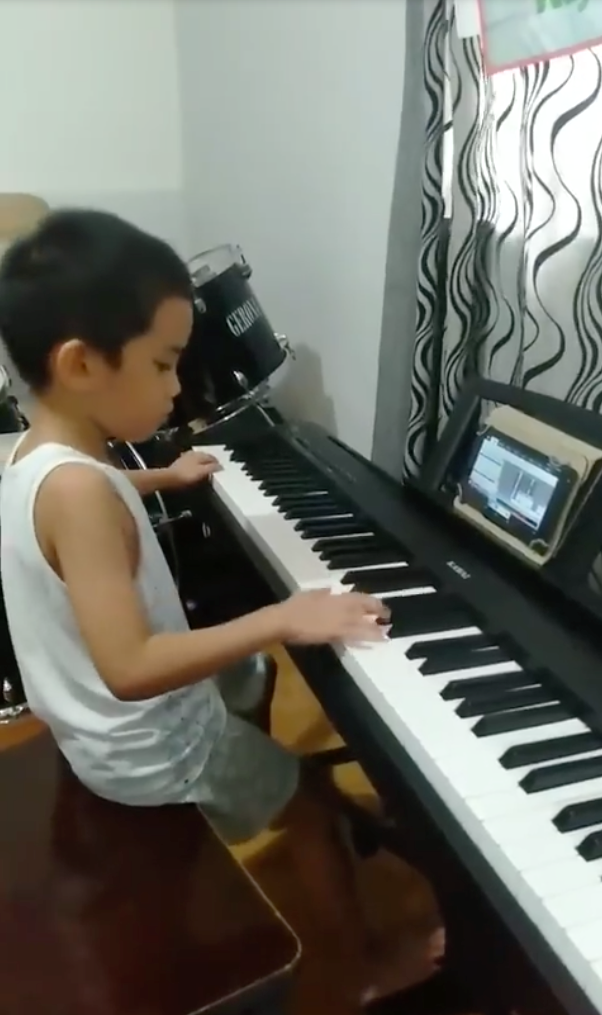 MOALBOAL, CEBU — A 6-year-old child from Dumanjug town, southern Cebu, showed off his piano skills when he did a cover of the “coffin dance meme” song.

The meme song, which was originally from the popular song “Astronomia” by Vicetone & Tony Igy, became popular on social media after it was used in a “coffin dance” video, showing six men carrying a coffin and dancing to a choreographed routine.

Gamaliel Gerona told CDN Digital that his child, Gavin Trey, did the piano cover last April 30, 2020 but he only uploaded the video on May 19, 2020.

(I uploaded before but I deleted it because it’s short. Then I uploaded it again.)

WATCH: A 6-year-old Gavin Trey Gerona from Barangay Tangil, Dumanjug town, southern Cebu does a piano cover of the popular “coffin dance meme” song.According to Gamaliel Gerona, Gavin’s father, his child only learned to play the song by listening to it. | Video courtesy of Gamaliel Gerona via Raul Constantine L. Tabanao

The father said that his child only learned to play the song by listening to it.

(We are all proud of him but we know also that we have responsibility to unleash his potential [in music].)

Gamaliel also said that they were surprised when he first found out about the talent of his child.

Gamaliel, a part-time instructor of Cebu Technological University — Dumanjug Campus, added that Gavin started playing with the keyboard when he was 3 years old. He used to play with an old piano of his aunt.

(He started playing piano when he was 3 years old. He just learned it from watching YouTube tutorials. But his pitch is inborn. He already knows notes and chords.)

Gamaliel said that nobody in the family influenced his child to play piano.

To improve the inborn talent of Gavin, Gamaliel said that he enrolled his child in a piano lesson in January 2020.

He also shared to CDN Digital the story why he wanted his child to play a musical instrument.

(He became addicted to playing mobile games, like Candy Crush. Even at night when hew was going to sleep, he still saw candies [in the game].)

Now, at the age of 6, Gavin continues to practice his skills.

(It’s a reward system, we will reward him a tablet if he keeps doing good in practice. Practice involves 4 exercises, and 5 repetitions. Then, it depends on him what song he wants to play.)

Gamaliel said that he let his child play for an hour so Gavin won’t be fed up with his instrument.

Gavin’s talent was even recognized by Filipino rock band Itchyworms after he made a piano cover of their song, “Silence,” a day after of its release.

Gamaliel also said that they bought a drum set for his child after they saw his potential in playing the instrument.

(I pity the chair, table, dipper, bucket in our house. He always hits it.)

This kid seems to have a bright future ahead of him. /bmjo