Over 400 repatriated Cebuano OFWs to arrive on May 23 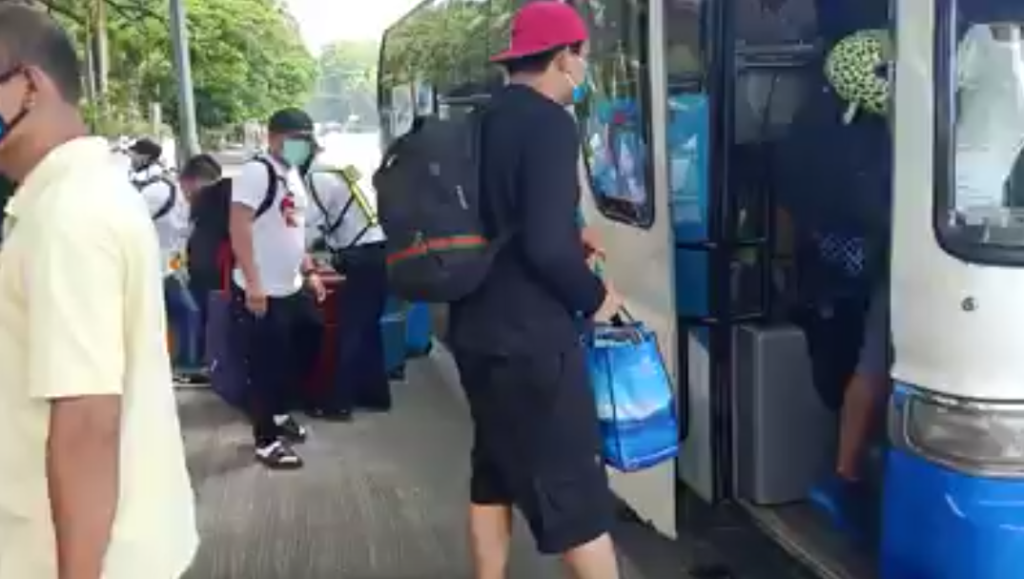 Another batch of repatriated Overseas Filipino Workers (OFWs) who reside in Cebu is expected to arrive on Saturday, May 23. | screenshot of PCG’s Facebook video

CEBU CITY, Philippines – Another batch of repatriated Overseas Filipino Workers (OFWs) who reside in Cebu is expected to arrive on Saturday, May 23.

Information from the Philippine Coast Guard in Central Visayas (PCG-7) showed that a total of 775 overseas workers were sent back to their hometowns in Visayas and Mindanao through two separate mercy voyages after spending several months in Metro Manila.

The ships M/V St. Michael of Archangel and M/V St. Francis Xavier of 2GO departed from Metro Manila around 9 a.m. and 12 noon on Friday, May 22, respectively.

Although having different routes, both ships will dock in the ports of Cebu and will arrive at Pier 6 around 10 a.m. to 12 noon on Saturday, May 23.

Of the 401 passengers onboard M/V St. Michael of Archangel, 253 are bound for Cebu while 33 will be disembarking at Dumaguete, 73 at Ozamiz, six at Iligan, and 36 at Zamboanga.

M/V St. Francis Xavier, on the other hand, will dock in Cebu City to unload 209 of its 374 passengers before proceeding to unload more passengers at the ports of Cagayan de Oro (90) and Butuan (75).

This is the third batch of repatriated overseas workers cleared to be ferried back to their hometowns in Cebu after they were left stranded in Metro Manila for several months. /bmjo

Your subscription could not be saved. Please try again.
Your subscription has been successful.
Read Next
Village chief says lack of coordination caused overcrowding in financial aid distribution for senior citizens