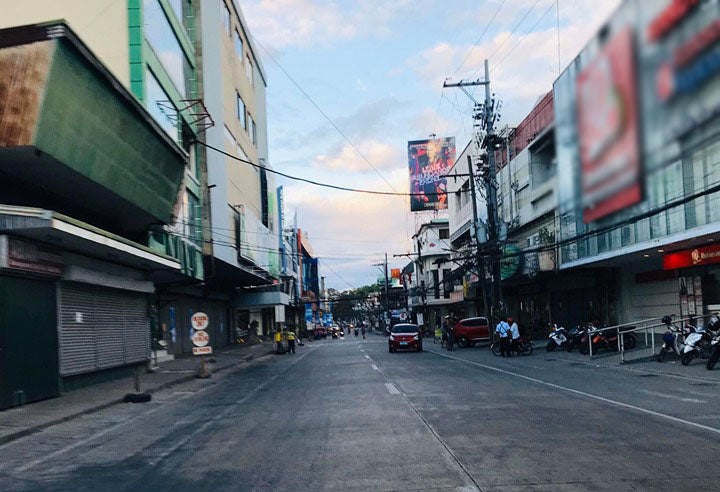 Roads in Dumaguete City were near empty with the closure of several business establishments in compliance with quarantine protocols. | CDND File Photo

CEBU CITY, Philippines — Officials of the different localities in Central Visayas are now seeking the resumption of economic activities in their respective areas without having to compromise the safety of their people while they remain under general community quarantine (GCQ).

In a statement released through the Office of the Presidential Assistant for the Visayas, Negros Oriental Governor Roel Degamo and Siquijor Governor Zaldy Villa said that there should be a balance between the resumption of economic activities in their localities with the continued implementation of measures to contain the virus to make sure that they will “enough food to sustain them.”

Degamo said that Negros Oriental wanted to already resume its focus on the development of its agriculture and fisheries sectors since they have very few industries in their province.

But he assured his constituents that they have sufficient food supply, for now, quoting a report from their provincial agriculturist.

(What is important is to be able to find means on how to contain the virus without causing our people to starve. That is where we will focus our decisions),” said Degamo.

As part of their recovery plan, Villa said they wanted to invite light industries to Siquijor province to jumpstart their transformation into an economic zone.

Before the lockdown was implemented, Villa said that several light industries have already expressed interest to operate in their province.

Villa said that they are also faced with a challenge on how to handle the influx of residents who already wanted to come home to Siquijor province from other parts of Central Visayas and the country.

He said that their entry will make their province vulnerable to the virus.

(We are yet to finalize our recovery plan. We have been meeting with other provincial officials for two weeks now on how we should go about the lifting of the lockdown.)

Tagbiliran City Mayor John Baba Yap, for his part, said that his administration is also coming up with strategies on how they can bounce back from the ill effects of the pandemic.

Yap said they will have to strike a balance between the need to boost their local economy while they also maintaining a status quo of zero local COVID-19 transmission.

(Just like what Governor Degama had said, it is important that the people will not be left to starve.) / dcb