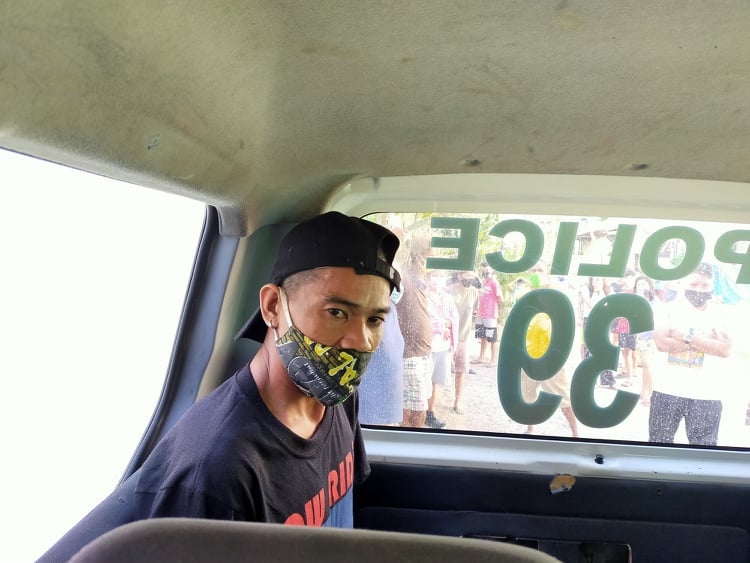 The stabbing incident happened early this Saturday morning, May 23, 2020, at the back of a convenience store located along B. Rodriguez Extension in Barangay Guadalupe, Cebu City, said Police Captain Janelito Marquez, chief of Guadalupe Police.

Marquez said that the suspect confronted Aguilar, 41, on his unpaid debt when they met in the area at around 5 a.m. today.  Irate with Aguilar’s refusal to already make the needed payment, Moneno stabbed his victim with a knife, hitting the latter on the neck.

Residents along B. Rodriguez Extension found Aguilar’s body that was sprawled on the ground at the back of a convenience store that is also owned by his aunt.

The stabbing incident was documented in a close circuit television recording which the police acquired from owners of a nearby establishment.

CCTV recordings, Marquez said, led them to the arrest of Moneno, 35, in his residence in Sitio Riverside in Barangay Guadalupe that is located around 700 meters from where the stabbing incident took place.

Moneno, who is helping man a store owned by an older sibling, admitted to killing Aguilar, who works a caretaker of an apartment unit in their area, during the interrogation by Guadalupe police.

The suspect said that anger led him to stab Aguilar, who has been refusing to pay the P1, 200 debt which he made in March yet.

Moneno remains detained at the detention facility of the Guadalupe Police Station while police prepare for the filing of a murder charge against him. / dcb

Read Next
MCIA to have own COVID-19 testing facility