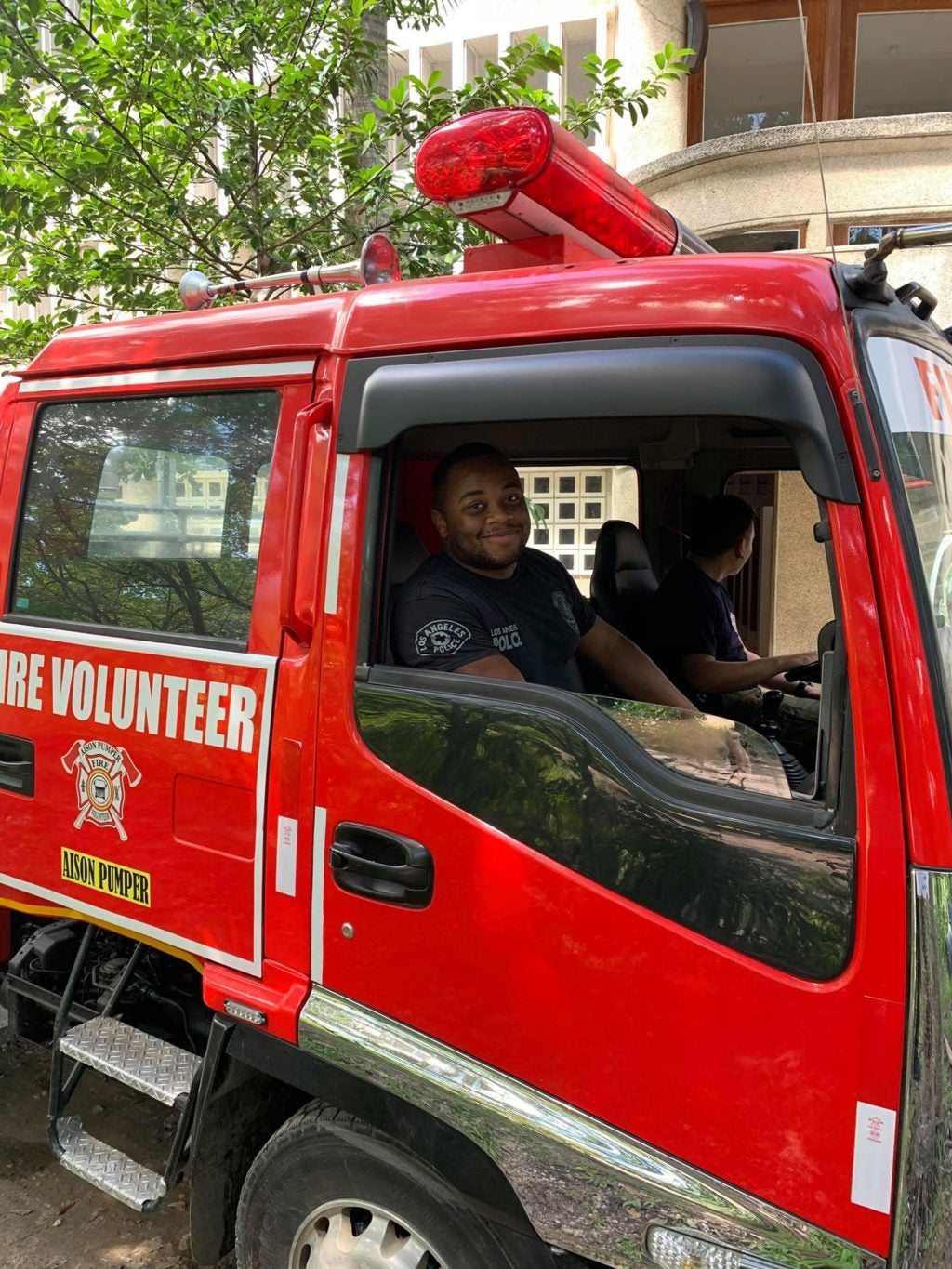 Keith Thornton, an American national, who joined as one of the volunteers of the Cebu City Volunteers Inc., has cherished his experience with the volunteer group. |Contributed photo.

CEBU CITY, Philippines— For about a month an American citizen from Chicago volunteered to be part of the Cebu City Fire Volunteers (CCFV). And this foreign volunteer sure did learn a thing or two about how the fire volunteers here in Cebu handle the demanding volunteer work, and how he would want to bridge better opportunities for these people.

Keith Thornton, 31, a former police officer in the United States of America and has worked in the emergency management in Chicago, was paying the Philippines a visit last January 2020 when he found something more meaningful to do with his remaining days of vacation.

“On my last day at Boracay, a very bad typhoon storm hit and the island lost most of its electricity. Furthermore, a volcano erupted near Manila. With everything going on, I noticed that tourists from various foreign countries started canceling their reservations and heading to the airports to fly back home almost instantly,” said Thornton in a Facebook post at the CCFV page.

“They didn’t want to stay.  Instead, I prayed to God and asked where He needed me to be and what He wanted for me to do. He answered rather quickly. A fire engine’s siren came blaring from down the street as a fire crew flew past – the answer was clearer than ever. Work for the rest of my trip as a volunteer firefighter EMT,” said Thornton. 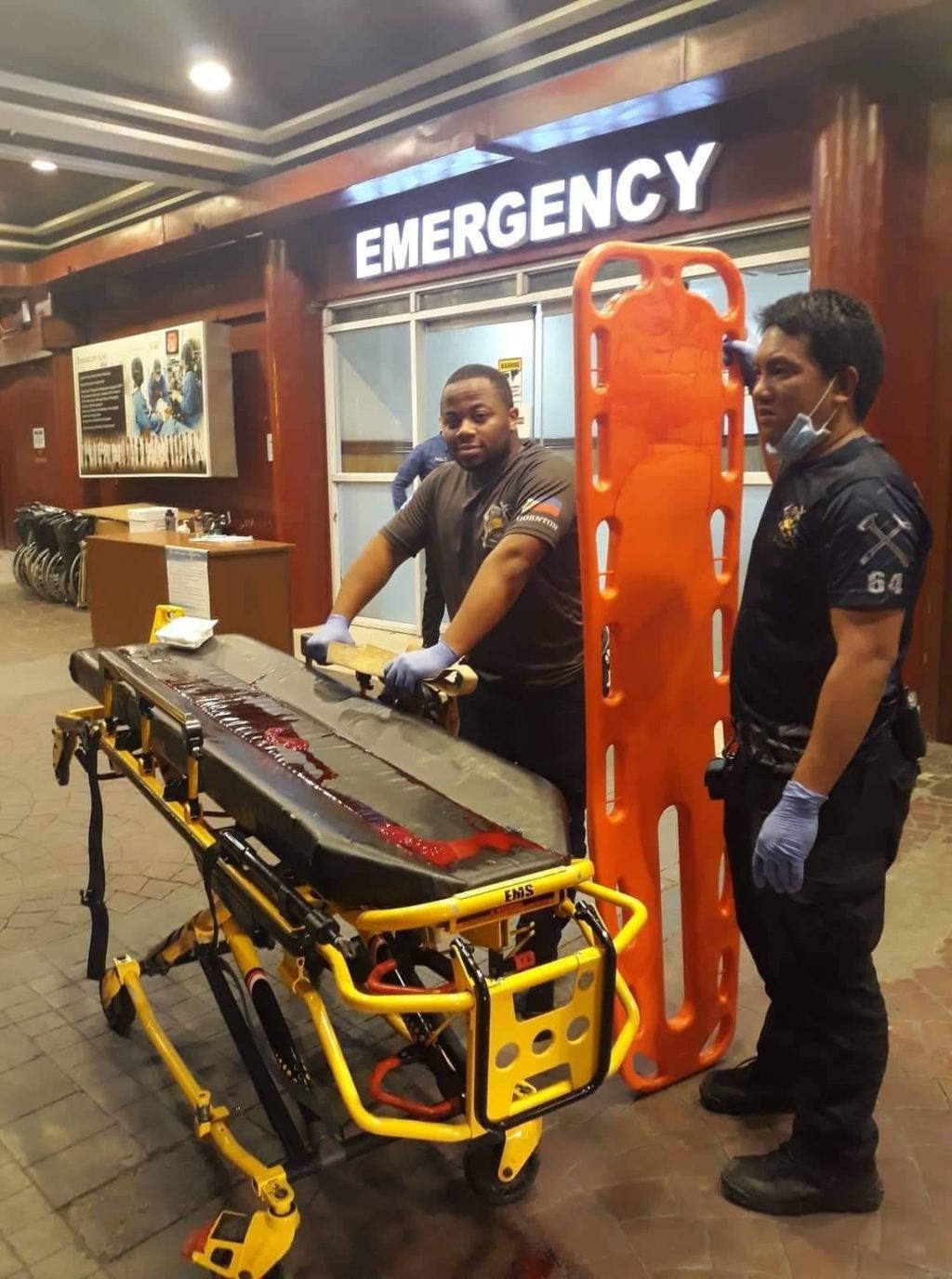 Keith Thornton, the American volunteer of Cebu City Fire Volunteers Inc., has been a volunteer of the group early this year. | Contributed photo

With this sign, Thornton immediately searched for places in the Philippines where he could spend the rest of his vacation days as a fire volunteer, and lo and behold he stumbled upon the Cebu City Fire Volunteers (CCFV).

The Cebu City Fire Volunteer Incorporated (CCFV) is a private organization that was established on December 2, 2013. It is a non-stock non-profit organization registered under the Securities and Exchange Commission.

After expressing his willingness to learn and to help in serving the community, the CCFV did not hesitate to take Thornton in.

“I was on-call with the crew each day and we responded to fire calls and medical calls by a fire engine and ambulance. We also did emergency standbys at large-scaled events where thousands of attendees were present, such as the 2020 Sinulog,” he said.

“I assisted the team in aiding to the sick and injured and also transported critical patients to the hospitals. These were the times that I truly learned the most about these members,” said Thornton.

The American volunteer was even given the chance to share his knowledge and expertise with the USC Emergency Response Team in terms of emergency radio terminology and dispatch procedures.

After being with the group for almost a month, Thornton flew back to the states in mid-Feburary this year and is now working on how he can still assist and help the group even if he is a thousand miles away from his new-found family in Cebu.

“My goal is to assist this group of volunteers with funding and equipment through donations. My goal is to get more emergency responders from the United States to come to the Philippines and train these members with better life-saving skills for fire and medical,” Thornton said.

“I cannot promise the world to Filipinos but I can promise them that I will always support and love them for being exactly who they are. They are family and family takes care of one another. I will see you soon Cebu,” the American volunteer said. /dbs

Read Next
Who is this Medellin artist behind the viral Sto. Niño painting?