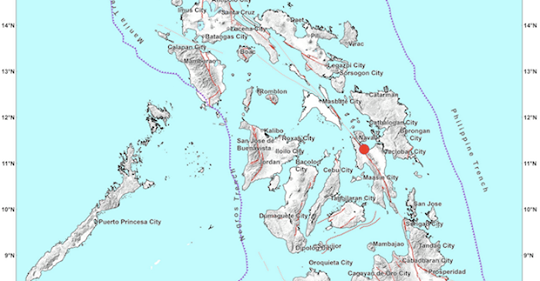 MANILA, Philippines – A magnitude 3.9 earthquake rocked the town of Capoocan in Leyte province on Tuesday night, the Philippine Institute of Volcanology and Seismology (Phivolcs) said.

State seismologists said that the epicenter of the shallow tectonic quake was spotted 8 km northwest of Capoocan at a depth of 8 km.

No damage and no aftershocks were expected and no tsunami warning was raised despite the epicenter’s proximity to bodies of water. /atm