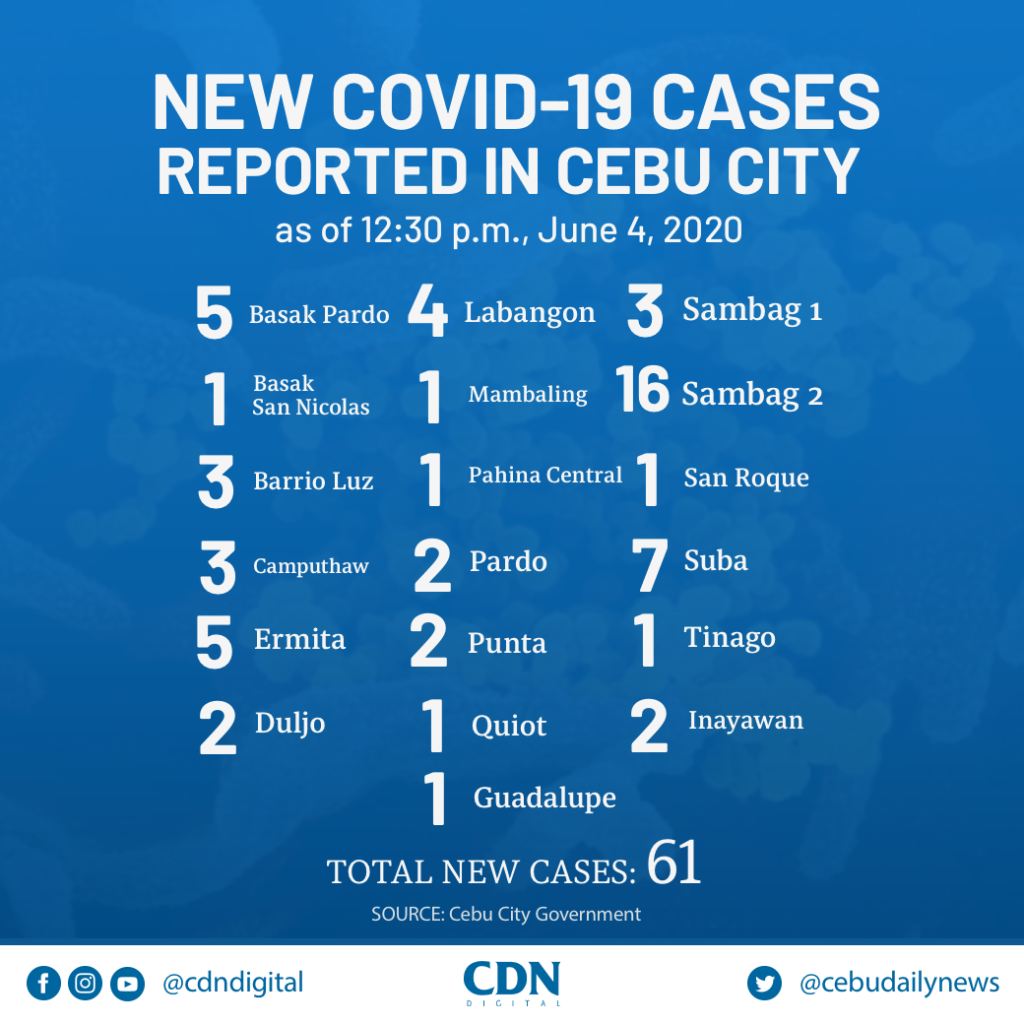 Labella revealed that the cases were from backlog specimens processed by the Department of Health (DoH).

The cases are recorded from 19 urban barangays here, most coming from Barangay Sambag 2.

The central barangay recorded 16 cases of the COVID-19, while its neighboring Barangay Sambag 1 recorded three cases.

Barangay Labangon recorded four case, while another case was recorded in Barangay Guadalupe.

For northern barangays, Barangay Suba recorded the most cases with 7 new patients followed by Barrio Luz and Barangay Camputhaw, which recorded three cases each.

For the southern barangays, most cases were recorded in Barangay Basak Pardo, which logged five cases.

Aside from the new cases, the city recorded 12 new recoveries, all from Barangay Luz, bringing the total recoveries of the city to 1,188.