Anti-terror bill signed by Sotto and Cayetano, to be transmitted to Duterte 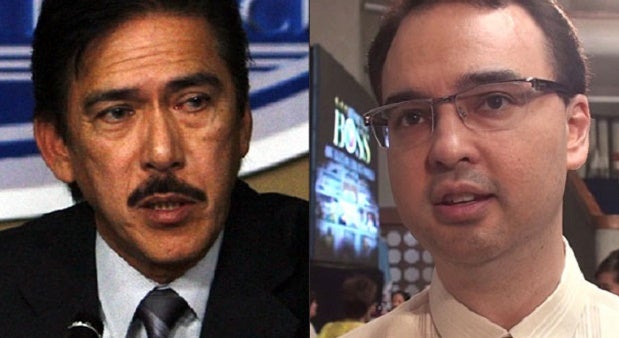 MANILA, Philippines — The anti-terrorism bill has now been signed by the leaders of both houses of Congress and will be transmitted to President Rodrigo Duterte, Senate President Vicente Sotto III said.

In a message to reporters, Sotto confirmed that the controversial measure will be submitted to Malacañang Tuesday morning for Duterte’s signature.

“I signed it yesterday. Speaker Alan signed it afterward. Last night or this morning,” Sotto said.

“Sending it to (President Duterte) this morning,” he said in a separate message.

Last week, the House of Representatives passed on third and final reading the anti-terror bill after the President certified it as urgent. The bill was approved in the Senate last February.

But a few days after the House’s approval, at least 20 lawmakers have either had their names removed from the list of authors or have retracted or corrected their vote.

The anti-terror bill seeks to strengthen the Human Security Act of 2007 and punish those who will propose, incite, conspire, participate in the planning, training, preparation, and facilitation of a terrorist act; including those who will provide material support to terrorists, and recruit members in a terrorist organization.

While the measure is seen to toughen up the country’s anti-terrorism policies, various groups raised concerns that this would spur human rights violations and suppress dissent.

But Sotto, alongside Senator Panfilo Lacson, defended the bill, saying that there are “enough safeguards” in place.