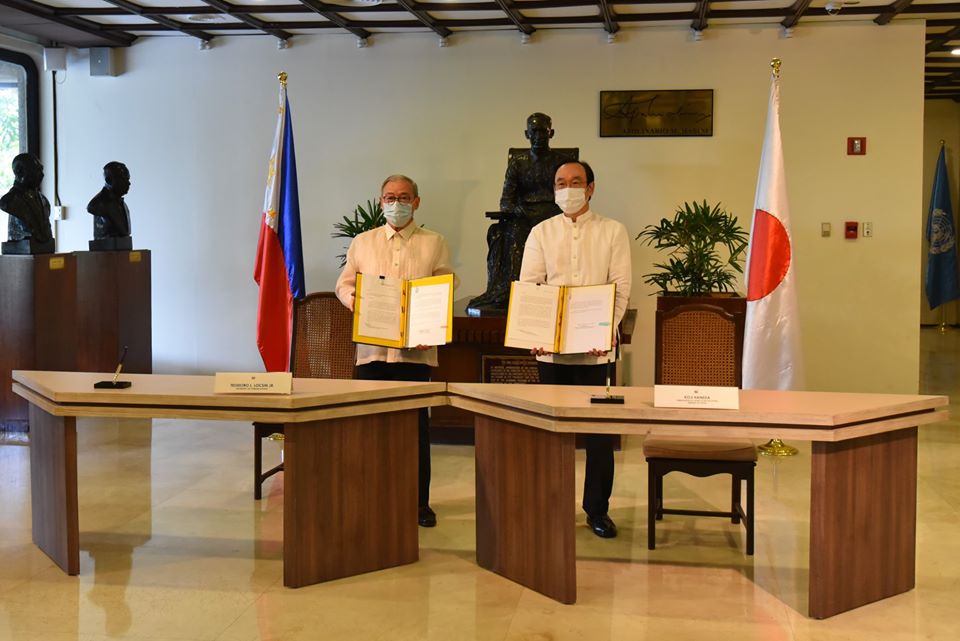 In a statement released earlier this week, the Embassy of Japan in the Philippines announced that Ambassador Haneda Koji and Foreign Affairs Secretary Teodoro Locsin Jr. has signed and exchanged notes for loans amounting to a total of 154 billion yen, or roughly P73 billion, for the construction of two infrastructure projects.

These are the 4th Cebu-Mactan Bridge and Phase 2 of the Davao City Bypass.

According to the press release, the former is estimated to cost 119 billion Yen (P56 billion) while its 35 billion yen (P17 billion) for the latter.

“These yen loan projects to be financed by Japan seek to tackle connectivity and traffic congestion concerns confronting the rapidly developing metropolitan areas of Cebu and Davao,” the statement read.

“Both projects form part of the ‘Build Build Build’ program to which Japan remains strongly committed,” it added.

The Japan International Cooperation Agency (JICA) crafted a study in 2018 suggesting the creation of a fourth bridge linking the islands of mainland Cebu and Mactan. The proposal was meant to alleviate traffic woes in Metro Cebu, particularly in the existing two bridges.

A third bridge is currently being constructed that will connect the southern part of Cebu City to Cordova town, also in Mactan Island.

In their report, JICA has earlier announced the funding for the 4th Cebu-Mactan Bridge will be made through foreign assistance.

The project is composed of two components-  the 402-meter linear bridge and the Mandaue Coastal Road.

“(It) aims to improve the capacity of the existing road network in Cebu and facilitate faster movement of people, goods, and services. This will be done by providing an alternative route connecting central Cebu to Mactan Economic Zone where many export-oriented industries are located,” said the Embassy of Japan in the Philippines.