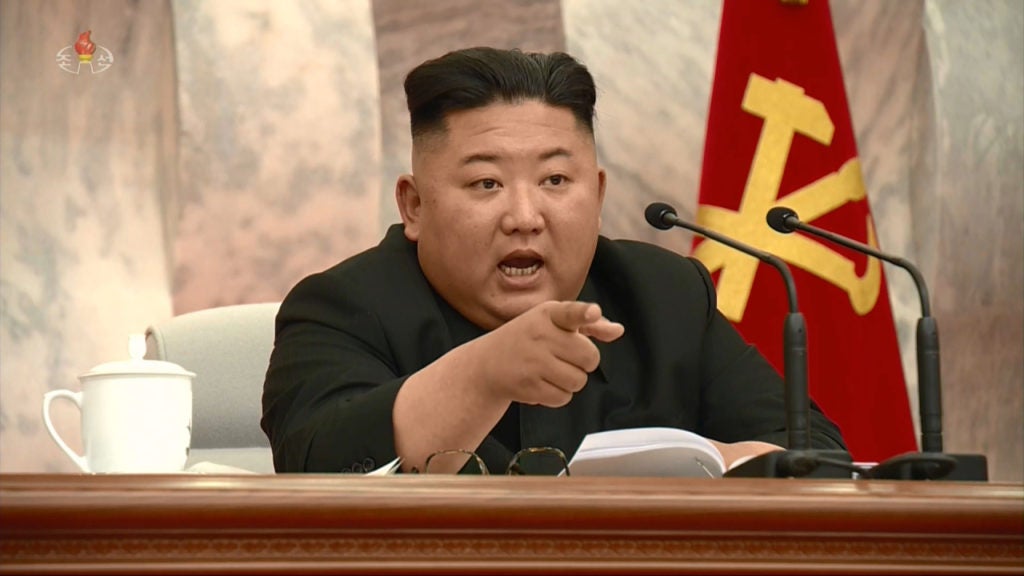 SEOUL — South Korea on Sunday vowed to honor reconciliatory agreements reached between the two Koreas and called on the North to do so, while reiterating a staunch military readiness against any potential provocation by the North.

Seoul’s top security advisers, led by Chung Eui-yong, chief of the National Security Office, reviewed the recent flare-up in tensions on the peninsula, following the North’s threats to sever ties with the South and even use military force.

Seoul’s Unification and Defense ministries separately released statements saying they were taking the situation seriously and that Seoul and Pyongyang should hold up inter-Korean agreements, with the Defense Ministry ensuring the military’s combat readiness.

The flurry of actions came after the North on late Saturday further ratchetted up tensions over anti-Pyongyang leaflet launches defectors organized in Seoul, warning of military action.

The US State Department, when asked by Yonhap News Agency for a reaction on Pyongyang’s threat of aggression, said it was “disappointed,” urging the community regime to avoid provocation and return to the nuclear talks.

Local experts said the North will likely proceed to shut down the liaison office and attempt to nullify the 2018 inter-Korean military accord with fresh military provocations.

“The provocation would most likely involve artillery rounds near a disputed maritime border with Seoul in the West Sea,” said Shin Beom-chul, director of the Center for Diplomacy and Security at the Korea Research Institute for National Strategy.

The North, however, will not go as far as launching a direct confrontation with the South because that would call for an action-for-action response, which Pyongyang knows works to its disadvantage, Shin added.

Staging such aggression there repeatedly would open a way to nullify the military pact the Koreas reached in 2018, according to Choi Kang, vice president of the Asan Institute for Policy Studies.

Both Shin and Choi agreed Pyongyang could test-fire short-range missiles at any time, but said missiles largely serve to draw Washington’s attention and not Seoul’s.

But those missiles would see the light of the day at least after August, when Seoul and Washington hold joint drills, or October when the North celebrates the anniversary of the Workers’ Party.

“A successful SLBM hinges on a submarine capable of launching the missile, and given no sign Pyongyang has rolled out the ship. … September would be as early as it gets if the North had to show off the missile,” Choi said.

Days earlier South Korea said it would take legal action against the defector-led civic groups that launched anti-Pyongyang leaflets. Seoul said it would disband the group, which it claimed was in violation of a string of local laws.

The North responded by saying the South has to pay the price for the “trash” delivered there.

Read Next
CBC to Members: Don’t be afraid to ask a lot of questions to avoid bogus barters