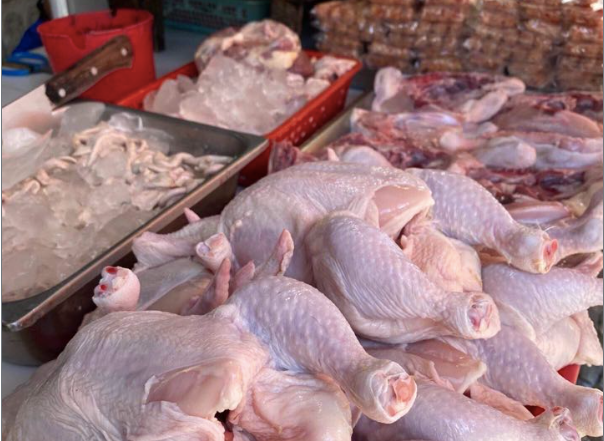 A Cebu City councilor is asking where the donated chickens are. | CDN Digital

CEBU CITY, Philippines — The Liga ng mga Barangays (LnB) in Cebu City said that all chicken donated to them by a private food company were distributed to the barangays.

This after Councilor Joy Young raised the concern that donated dressed chickens were being sold to residents instead of distributed as aid, which was the reason it was donated by the food company.

Councilor Franklyn Ong, Association of Barangay Council president, said that the LnB did receive a donation of chicken, but the food company donated 20,000 live chickens from a private food company around May 13, not dressed chicken.

Councilor Ong clarified that the chicken Young referred to was not the chicken they received from the company.

The same company reportedly donated another 17,000 chickens to the city, but no documents can prove the donation happened.

He said they had the proper documents and deeds of donation for the live chickens donated from the food company contrary to the circulating information that the chickens were donated without any documentation.

“We have the proper documents, deed of donation, gipost na namo sa Facebook (We posted that on Facebook),” said Councilor Ong.

He said that on May 14 to 15, 2020, they successfully distributed the chickens to the barangays dressing them beforehand.

After the barangays received the chickens, they were now responsible for the manner of distributing these to the residents.

“Humana nahatag na namo ang mga manok, sila na ang bahala. (After we distribute the dressed chickens to the barangays, they are now responsible). We trust our barangays,” said Ong.

Ong said he was also aware of the information that certain barangay entities were selling the donated chicken.

He said he would look into this and try to get information from the barangays on where the chickens went.

“As for us in the LnB and ABC, we distributed the chickens to the barangays, and we are not involved in the allegations that the chicken were sold,” said Ong.

Young urged Mayor Edgardo Labella and the Department of Social Welfare and Services (DSWS) to declare how the 17,000 chicken were distributed./dbs