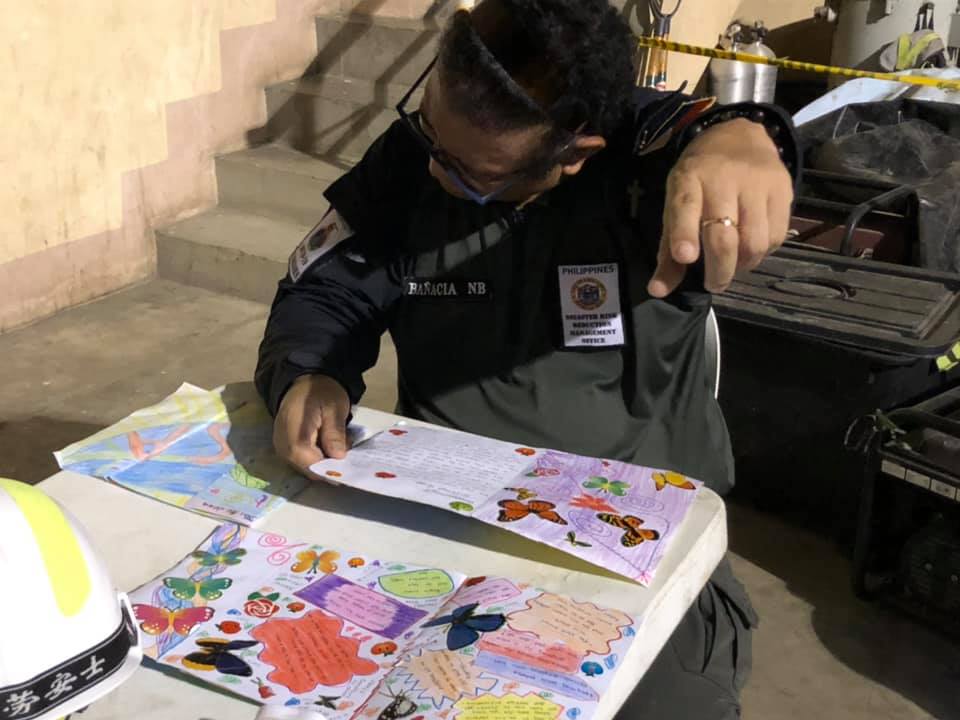 CEBU CITY, Philippines— Father’s Day came a day early for Nagiel Bañacia, Lapu-Lapu City Disaster Risk Reduction and Management Office (DRRMO) chief, as he was surprised with thank you letters from the children in Sitio Sta. Maria, Barangay Pusok, which was once the epicenter of Lapu-Lapu City’s coronavirus disease 2019 (COVID-19) crisis.

On his Facebook page on Saturday, June 20, Bañacia expressed how touched he was with the simple gesture of these kids, whom they (DRRMO personnel) fathered for almost two weeks when their mother was admitted to the isolation facility for contracting the virus.

“#ASurprise from three children from Sitio Sta Maria, Barangay Pusok made me cry.

I always tried to keep my composure while doing our job even during the most challenging situation of separating a mother from her children. I was always stoic,” he said.

But once they escorted the mother of three back to her home in Sitio Sta. Maria, Pusok yesterday, Bañacia could no longer hold back his tears.

As the children welcomed their mother home, thank you letters welcomed Bañacia as well.

“The Thank You that comes from their heart made me cry. And I thought I was alone crying, nope. I saw my colleagues wiping their tears too after reading the messages,” he added. 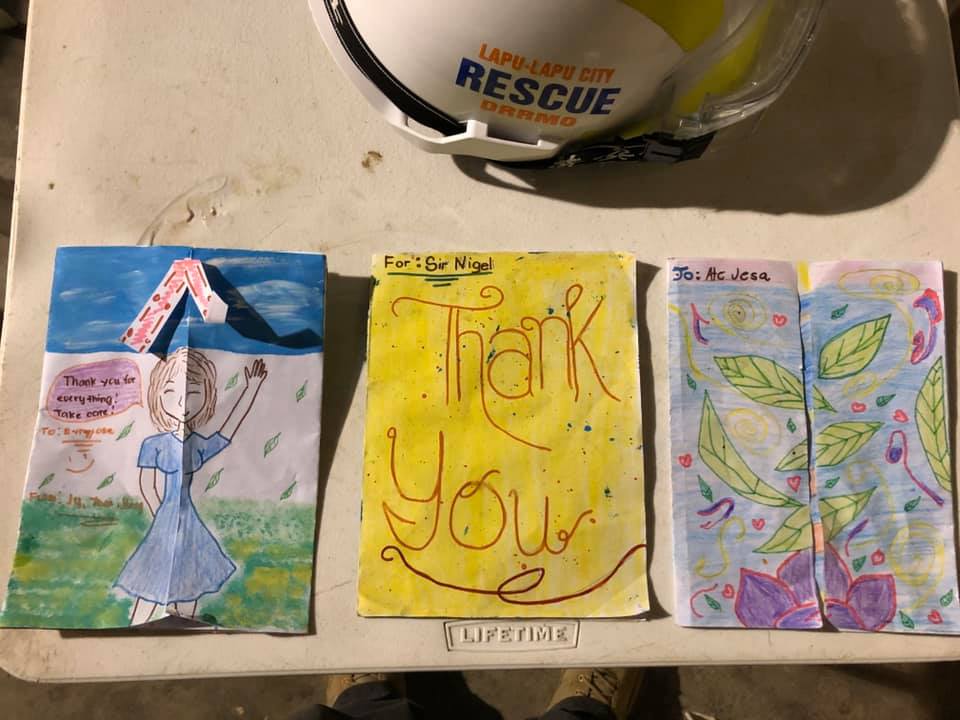 These are some of the thank you letters from the children that personnel of the Lapu-Lapu Disaster Risk Reduction and Management Office (DRRMO) have taken care of when their parents got the virus and were placed under isolation. | Photo courtesy of Nagiel Bañacia

Bañacia said that since their battle started with the virus the team has fathered a lot of children when their parents were taken away from them to be admitted at the isolation facility.

Bañacia has been one of the many front line workers who braved the danger of the virus just to ensure that the city of Lapu-Lapu is well taken cared of. /dbs