CCPO warns: Unruly violators will be apprehended if needed 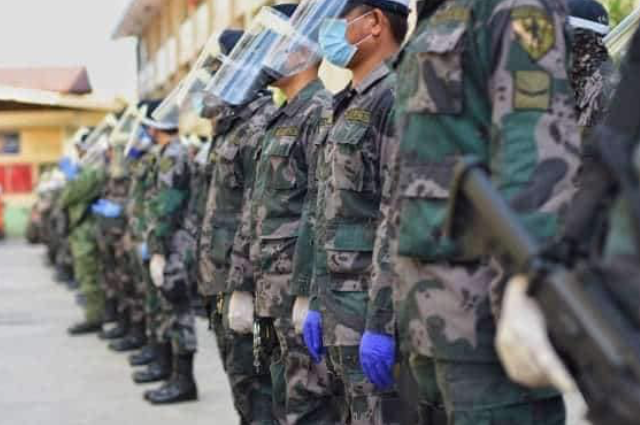 CEBU CITY, Philippines– Cebu City Police Office (CCPO) officer-in-charge Police Colonel Cydric Earl Tamayo said they are still on the information dissemination phase on the implementation of the suspension of the quarantine passes, which was effective Tuesday, evening June 23, 2020.

But Tamayo is reminding the public not to test them once they are on the field doing their jobs.

“What the PNP is doing is really to create awareness in the community. Our Sugboan-ons are prohibited to go out of their homes since Qpasses are canceled for the meantime. So, if they will just follow the strict rules, then we will have no problem with that,” Tamayo said in Cebuano.

“But we are forceful in reminding them that Qpass is not allowed this time. If they will become unruly, then we will bring him to the nearest police station,” he added.

Tamayo said that they have already deployed their personnel to cover the entire city area and will no longer be needing more time to adjust to the added restriction since they will still be following the same enhanced community quarantine (ECQ) guidelines.

“The only addition to this is the cancelation of the Qpass. This means that the people can no longer go out of their homes,” he said.

Meanwhile, the CCPO will get the needed help in manpower as it will be augmented by cops from  neighboring provinces like in Bohol and Siquijor. Cops from Region 6 and Region 8 will also be sent to help out.

“Cebu Province has already sent some of their men last night. So we are all accounting our deployment so we can fill-up the areas where we lack men and the areas we want to be covered,” Tamayo said. /bmjo