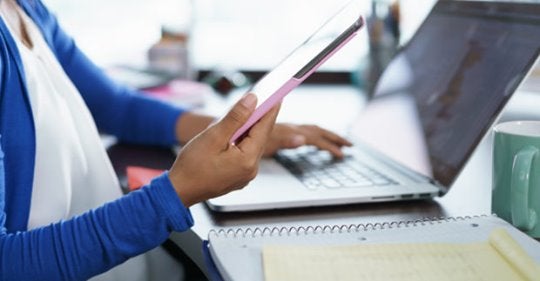 Under Senate Bill No. 1448, a mandatory work-from-home arrangement would be offered to employees “whose physical presence in the workplace is not necessary for the completion of his/her job and who has been with the company for at least one year.”

“Clearly, a ‘new normal’ of social distancing, new hygiene standards and limited physical contact shall prevail into the future,” Marcos said, adding that such restrictions have “forced various sectors to make major modifications in their policy to ensure compliance with social distancing measures.”

The said bill seeks to amend Republic Act No. 11165, or the “Telecommuting Act,” which defines telecommuting as a work arrangement that allows an employee to perform his tasks from an alternative workplace with the use of telecommunication and/or computer technologies.

The Telecommuting Act was signed into law in December 2018.

According to Marcos, her bill aims to “strengthen the telecommuting law by making it mandatory, and not merely optional.”

“Should the physical presence of the employee be necessary for a particular task, the employer may require his/her attendance in the workplace, within office hours and during weekdays, but not more than twice a week,” her amendment read.

The measure also requires that a contract of employment “clearly indicate the eligibility of a given position for telecommuting.”

Earlier, President Rodrigo Duterte extended the general community quarantine (GCQ) status of Metro Manila and several other provinces until June 30 while Cebu City and Talisay City were placed back under enhanced community quarantine, the government’s most stringent quarantine classification.

Read Next
53 men caught engaging in ‘tigbakay’ in Tabogon, Cebu