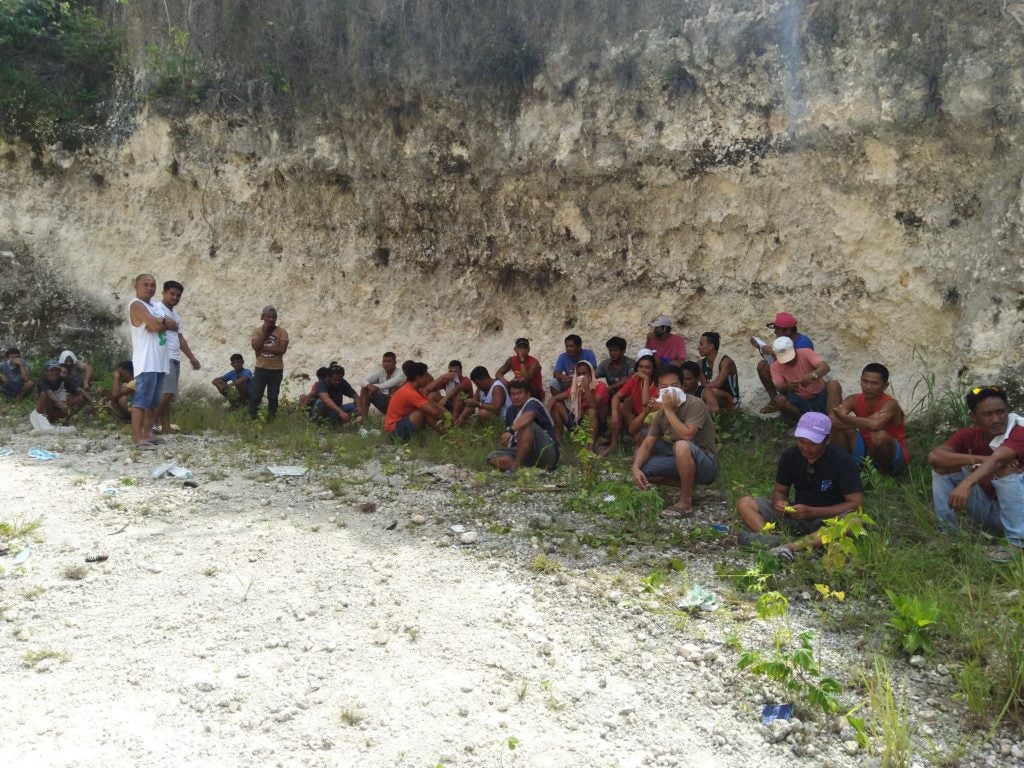 CEBU CITY, Philippines — Illegal gambling charges will be filed on Monday, June 29, 2020, against 53 men who were caught while engaging in illegal cockfighting or “tigbakay” in a vacant lot in Sitio Esi, Barangay Kal-anan in Tabogon town.

The third class town of Tabogon is located at least 87 kilometers north of Cebu City.

Police Staff Sergeant Ronnie Alvio of the Tabogon Police Station told CDN Digital that they will be filing complaints for the violation of Presidential Decree 1602 or the law on illegal gambling against the arrested individuals.

Alvio said that the bettors were rounded up by the police at around 3:30 p.m. on Saturday after a concerned citizen reported their presence in a vacant lot in Sitio Esi.

“It was reported by concerned citizens a week ago na every Saturday meron nagsasabong dun (there is illegal cockfighting in the area),” Police Lieutenant Colonel Randy Korret, head of the Provincial Intelligence Branch (PIB) of Cebu Police Provincial Office (CPPO) told CDN Digital in a phone interview.

A joint team consisting of Tabogon police and PIB CPPO operatives confiscated a total of 17 fighting cocks and 10 cock gaffs during their Saturday afternoon operation.

Korret said that a tent bearing the name of the Cebu Provincial government was also found in the area.  Bettors used the tent for their shelter.

They are now looking into the possible involvement of government employees in the installation of the said the tent there.

Korret said that police will never tire of going after gamblers who continue to defy government prohibitions against the gathering of a huge crowd while the threat of the coronavirus disease remains and while Cebu province is under the general community quarantine (GCQ). / dcb