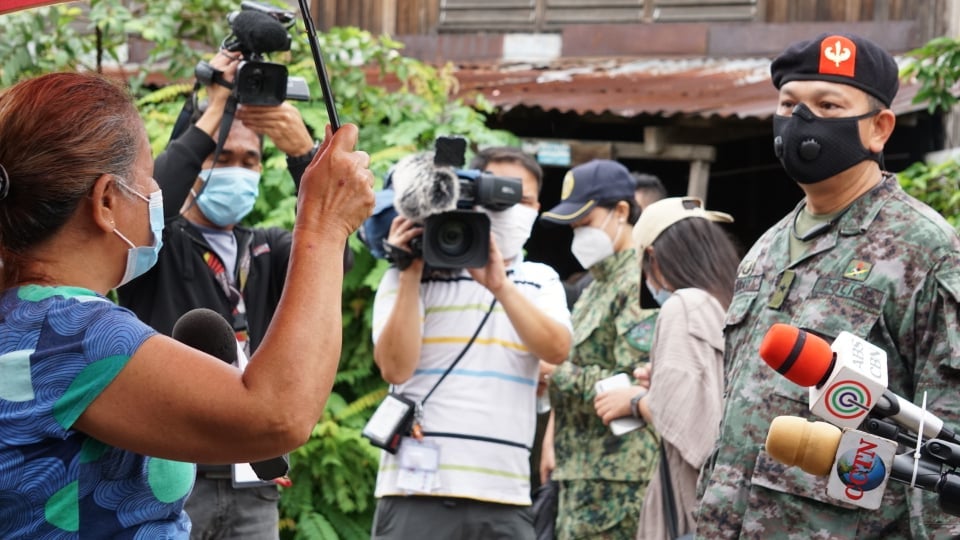 Ferro said that the gathering was a manifestation of the failure of barangay officials to supervise ECQ implementation in their area.

“Nasa diyos ang awa, na sa tao ang gawa. We should pray often but we should also do our part in this time of pandemic like staying at home,” said Ferro.

Personnel of the Criminal Investigation and Detection Group in Central Visayas (CIDG-7) visited Basak San Nicolas on Sunday to start their probe on the conduct of a foot procession and Sinulog dance along the streets of Sitio Alumnos, Saturday night, June 27, 2020.

Barangay officials have denied involvement in organizing the fiesta activities, but Ferro said that Navarro will be among those charged.

The barangay has been identified as one of the areas in Cebu City with the most number of COVID-19 cases.

As of June 28, Basak San Nicolas logged a total of 82 active cases of the infection, 45 recoveries, and 11 deaths. / dcb

Below is a breakdown of the barangays’s COVID-19 cases: 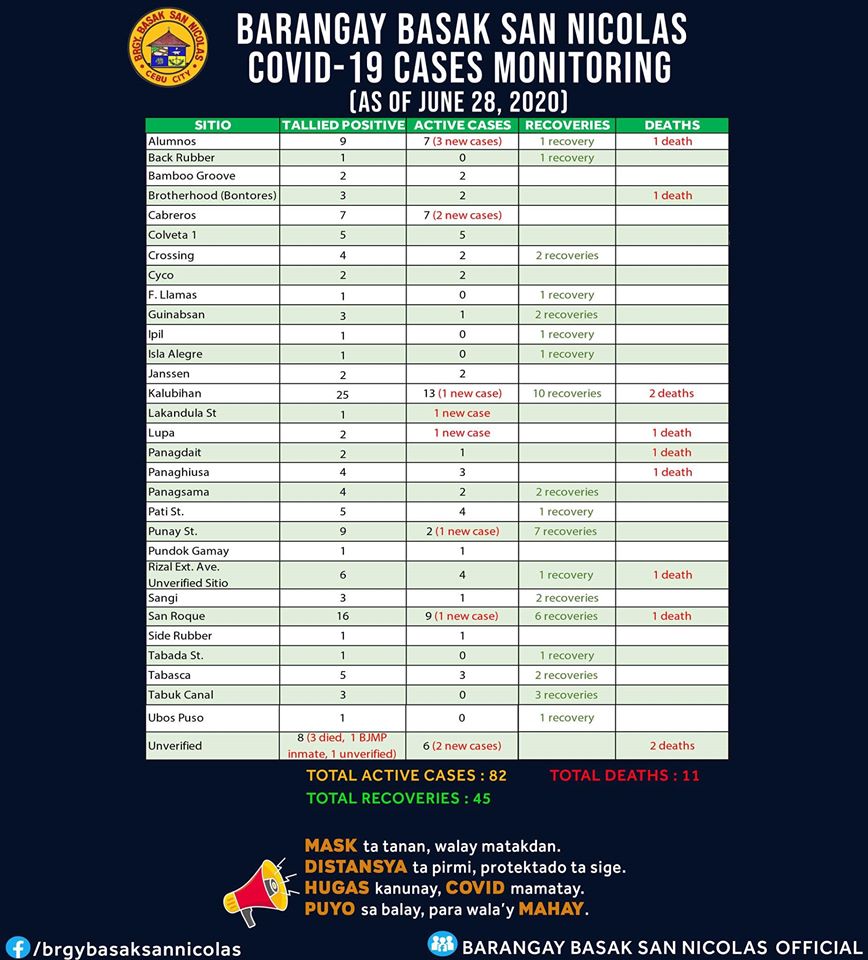