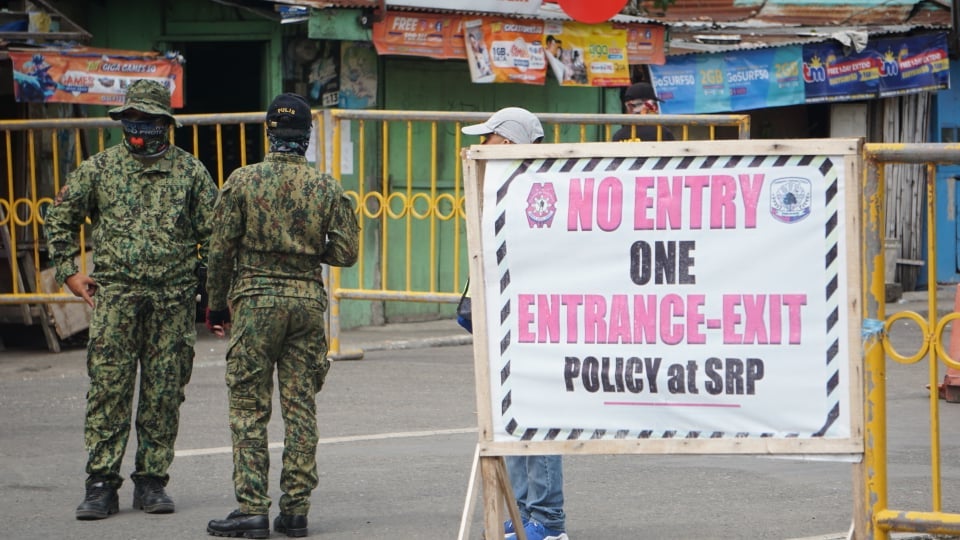 CEBU CITY, Philippines — Residents in Cebu City continue to complain of harassment and intimidation from policemen as the city enters its third week under enhanced community quarantine (ECQ).

One of them was Missy (not her real name) who told CDN Digital in an interview about the three-hour ordeal her brother went through after withdrawing money from a nearby cash machine.

Missy’s family reside in Barangay Guadalupe, one of the villages being placed under heightened security due to the high number of active coronavirus disease 2019 (COVID-19) cases.

Barangay Guadalupe, the city’s largest barangay in terms of population, has around 106 active COVID-19 patients as of June 28, data from the City Health Department (CHD) showed.

Missy, who requested to hide her full identity, said her brother left their house around 2 p.m. on Saturday, June 27, to withdraw cash from an automated teller machine (ATM) that stood right across their house.

However, it was only around 5 p.m. when her older brother arrived home and shared with the family what he experienced.

“They were brought to the police station after he was apprehended for violating curfew. Curfew at 2 p.m. We didn’t know that there’s such a thing as curfew at 2 p.m.,” said Missy.

She added that her older sibling did not resist when police officers brought him to the police station.

But what shocked their family was when their brother told them how those apprehended in Barangay Guadalupe at that time were told to wear an orange shirt, and have their portraits taken through a camera.

“He initially refused on abiding (t0) what the police were instructing all of them (to do) but instead they threatened my brother and five more others that they will be detained,” Missy said.

She added that they were not properly informed about Barangay Guadalupe’s curfew hours that differed from the rest of the entire city.

Quarantine passes, likewise, will only be honored from 6 a.m. to 8 p.m. The Guadalupe Police Station, in a separate interview, said they are following the curfew schedule mandated by the city government.

Sought for his comment, Michael Gacasan, village chairperson of Guadalupe, said they had also received similar reports from other residents. As of this posting, CDN Digital has yet to receive a response from Gacasan when further asked about the barangay’s curfew schedule.

Missy is not the only resident in Cebu City whose family members experienced harassment from the police.

Reports of unjustified arrests from other parts in the city have recently surfaced, especially after augmentation forces from different parts of the country arrived here to assist in reinforcing ECQ.

In an earlier story, CDN Digital also received a complaint from a person who requested anonymity, saying that a driver of a delivery truck traversing Barangay Labangon reportedly got struck on the head by a police officer after the latter couldn’t understand the explanation of the former who was delivering goods at night.

PRO – 7: We don’t tolerate these abuses

Mayor Edgardo Labella and Police Brigadier General Albert Ignatius Ferro of Police Regional Office in Central Visayas (PRO – 7) both urged those who experienced harassment and intimidation from law enforcers to report them to the authorities immediately.

Ferro, for his part, said PRO -7 will not tolerate these acts.

“We are asking city residents to report these abuses to the nearest police station. We know we are under a stricter ECQ, but instances like these should not be tolerated,” said Ferro.

Marquez said police were gathering information on those who were caught for future reference.

([If it was June 27], the QR pass was not yet distributed so we gave consideration to others who bought something ouside, but going outside one’s homes is still prohibited because the QR pass had not yet been distributed. Others that were brought to the police station, we lectured them, and then we got their information especially those who violated the rules because we will file a case against them after the pandemic — for regular filing of a case.)

He also said that before the city reverted back to ECQ, first-time offenders only get to be reprimanded. But he added that with stricter implementation of ECQ protocols, those caught outside would have to be given a proper lecture in stations.

(If you do not have a QR pass and you are also not APRO (authorized person outside residence), and you are caught roaming around, you will be held for questioning. But for human consideration, for example, when you buy medicine or there is an emergency.)

(If we see that the person followed the law, then we will not arrest him. But for those hard-headed persons, we need to discipline them.)

Marquez also said that he was hoping those, who keep on violating the rules, would change, adding that their attitude and behavior towards the ECQ implementation could affect the evaluation of the city.

CCPO chief: No arrest if no violation

Meanwhile, Police Colonel Cydric Earl Tamayo, officer-in-charge of Cebu City Police Office (CCPO), said that if the public had not violated any protocols, they would also not be arrested.

(We will not arrest you if there is no violation that we can base our arrest upon. The mere fact that we are at ECQ and you go outside your house often [then that is a violation].)

Tamayo said that the policemen were instructed to always implement the protocols among the public with maximum tolerance.

(If you will not follow the rules, then we will keep on returning to ECQ until July.)/dbs