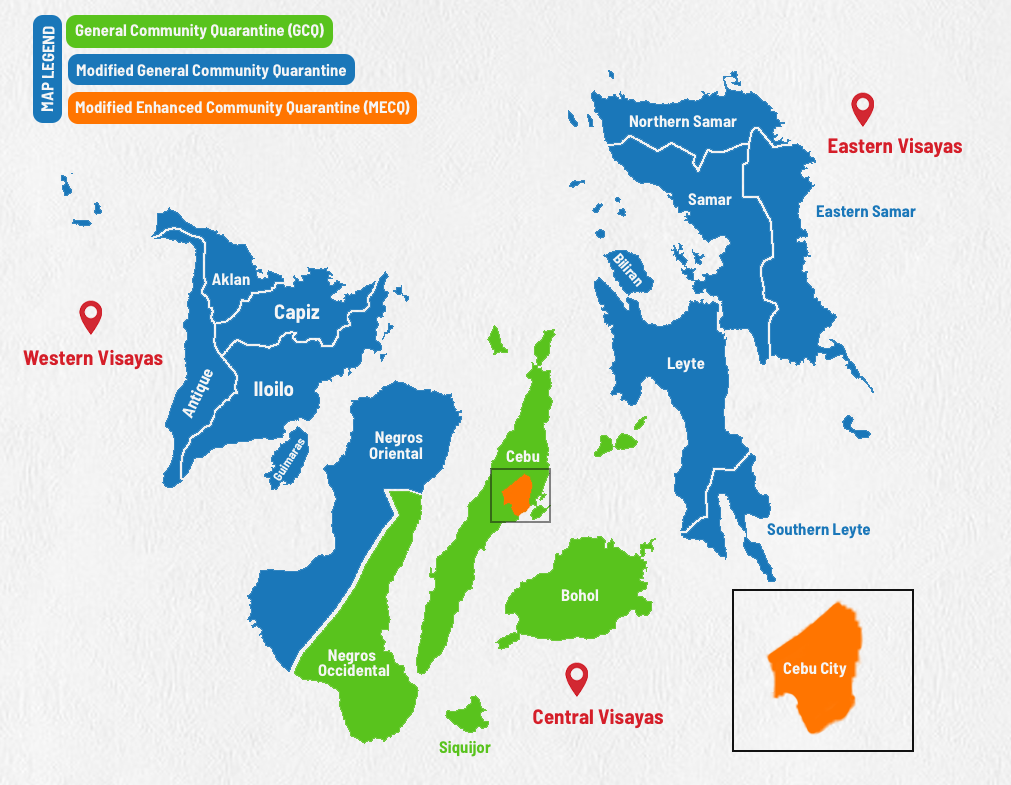 CEBU CITY, Philippines — As Cebuanos await President Rodrigo Duterte’s announcement of the quarantine control status of the different areas in the country on Tuesday evening, June 30, 2020, local authorities have reported more cases of the coronavirus disease (COVID-19) both in Cebu City and Cebu province.

According to the Department of Health in Central Visayas’ (DOH-7) data as of 5 p.m., 38 new cases have been added to the tally under Cebu province, bringing the total number of cases here to 1,158.

Among these new cases is the first COVID-19 patient of the southern Cebu town of Alegria, who recently gave birth in a private hospital here in Cebu City. The patient, as well as her newborn, is asymptomatic.

The Municipality of Daanbantayan also reported four new cases this Tuesday. All four patients belong to one family from barangay Poblacion and are immediate family members of a previously confirmed case in the northernmost town.

The youngest of the new cases in the town is a three-year-old boy.

The four new cases brought the total number of COVID-19 cases in Daanbantayan to 10, which including its Mayor Sun Shimura.

In Cebu City, which is now under national attention due to the COVID-19 situation here,  the City Health Department announced that it logged on Tuesday a whopping 353 new cases, bringing their total confirmed cases to 5,494. 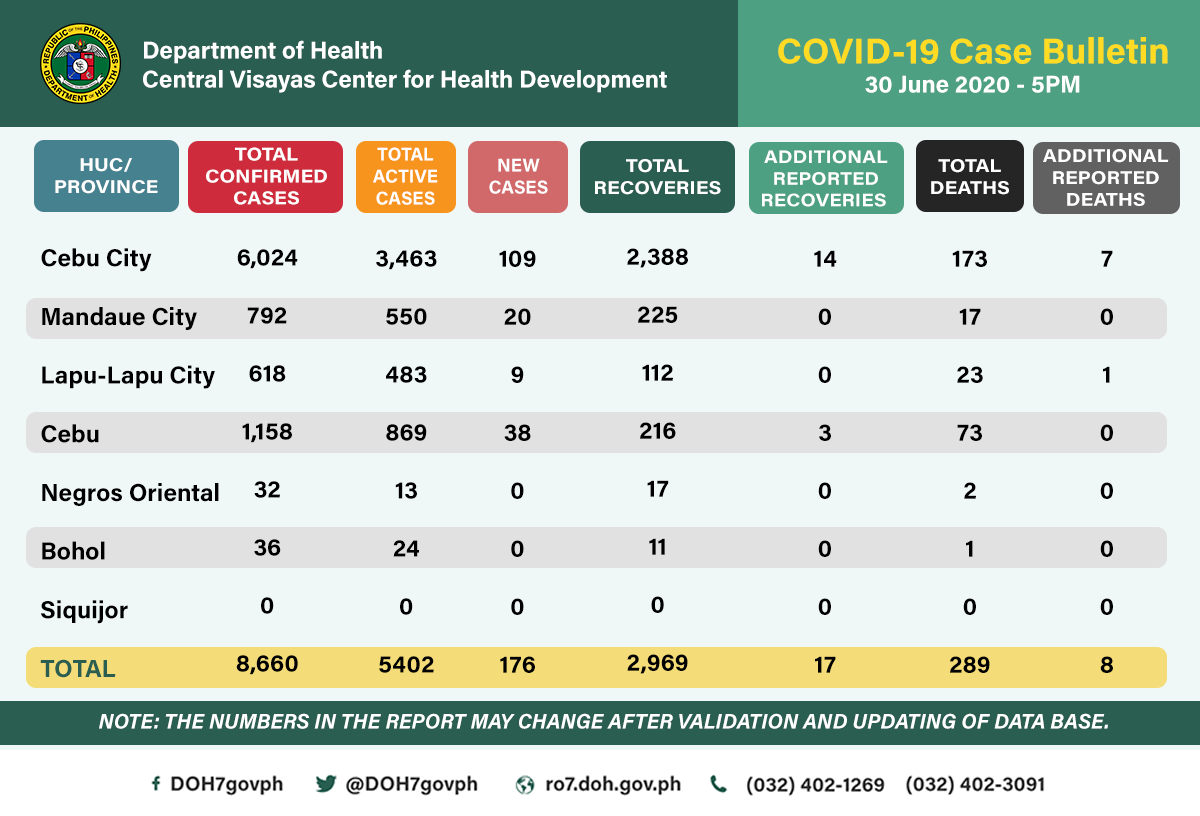 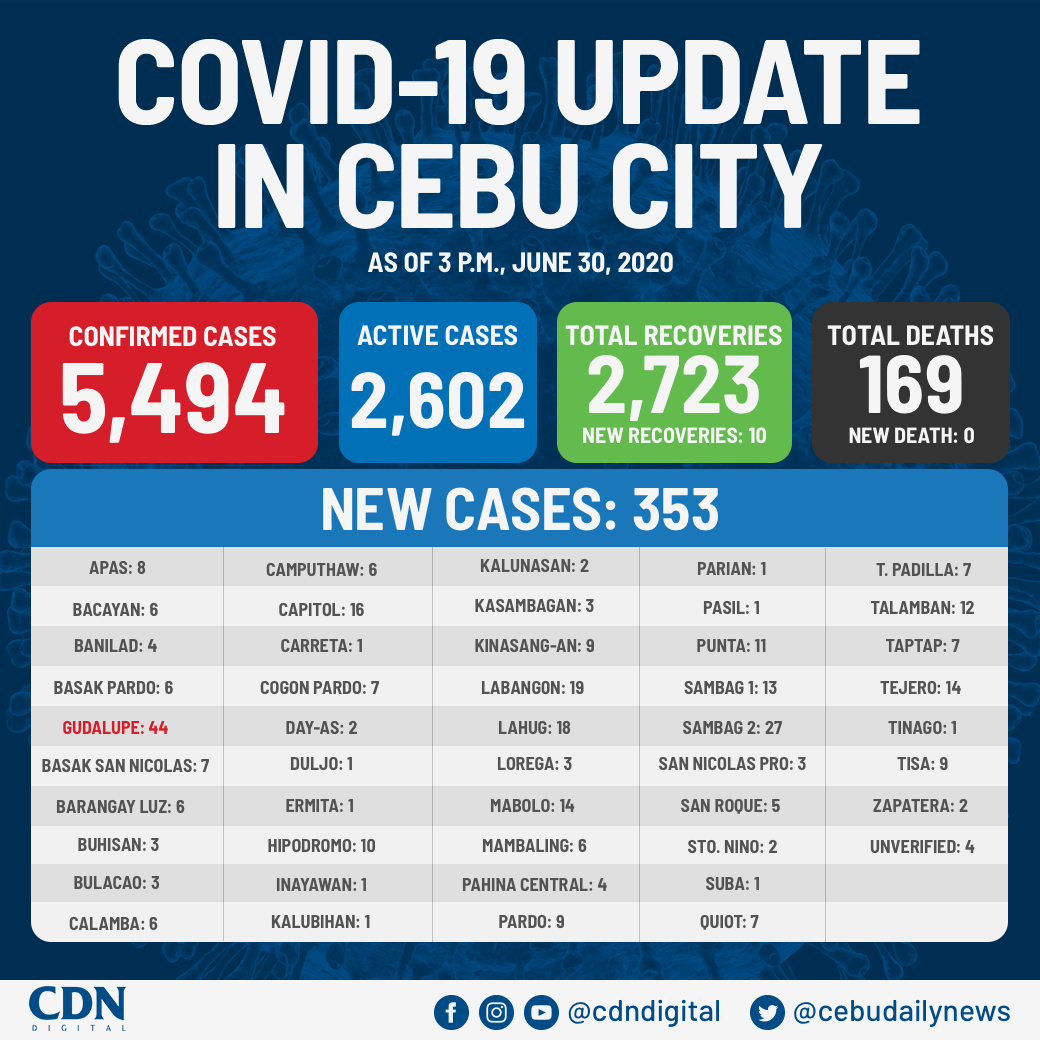 The city’s figures on its COVID-19 cases, however, continue to vary with those declared by the DOH-7.

DOH-7’s case monitoring as of 5 p.m. already shows that the city has breached the 6,000-mark on its total COVID-19 case.

Due to the prevailing COVID-19 situation in Cebu City, Secretary Roy Cimatu, who is the designated overseer of the COVID-19 response here, already said in a press briefing earlier that the ECQ status in the city should continue.

In a televised press briefing at noon on Tuesday, Presidential Spokesperson Harry Roque said the president will address the nation on Tuesday evening to announce the quarantine control status of the different areas in the country.

Roque also revealed that at least four local government units (LGUs), including Cebu province had appealed to the Interagency Task Force (IATF) for the reclassification of the quarantine control status in their areas of jurisdiction.

Although the presidential spokesman did not detail on the appeal of each LGU, he said that three of the LGUs were asking for the IATF to heighten their quarantine status while only one requested to be downgraded to a more relaxed status. /bmjo