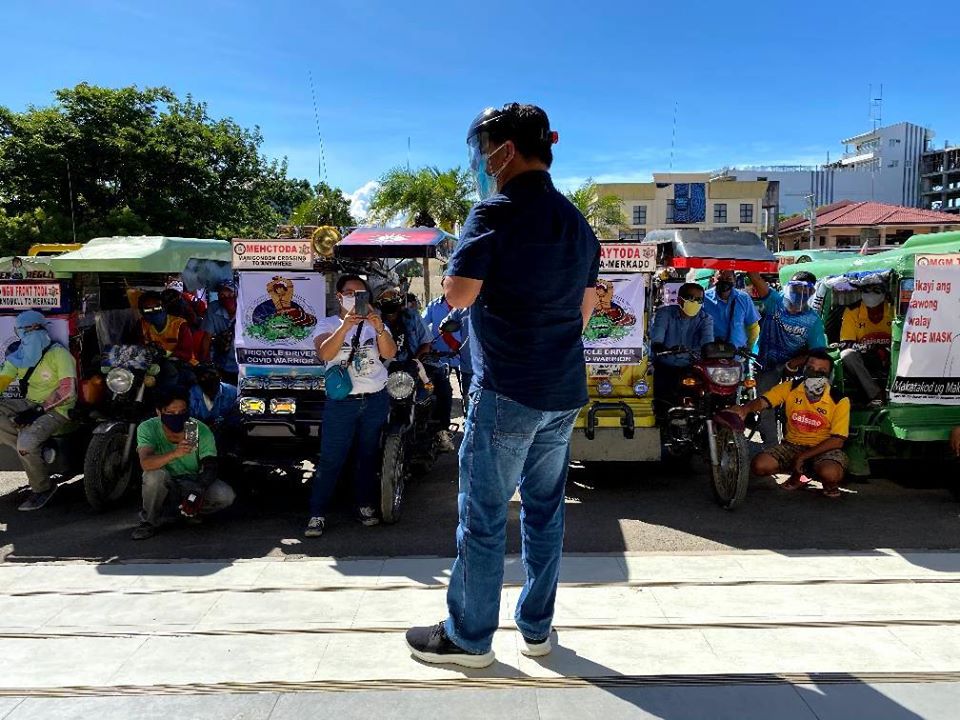 Lapu-Lapu City Mayor Junard “Ahong” Chan announced on his Facebook page on Wednesday afternoon, July 1, 2020, that 80 displaced tricycle drivers will be given a chance to work for the city government.

(They will be tasked to patrol the city’s roads to watch for hard-headed individuals such as those who will not be wearing face masks.)

Project Tupad is an initiative of the Lapu-Lapu City government where the city will be giving jobs to those Oponganons who have been displaced due to the coronavirus disease pandemic.

By having extra eyes on the streets of the city, the mayor said that their chances of controlling those violating standard healthy protocols are better.

In the program which Chan dubbed “Recorida Kontra Virus sa Dakbayan,” each tricycle driver will earn P400 per day for their patrolling services.

This is an initiative of the Lapu-Lapu City government through its City Social Welfare Development (CSWD) Office that is headed by Annabeth Cuizon. /bmjo