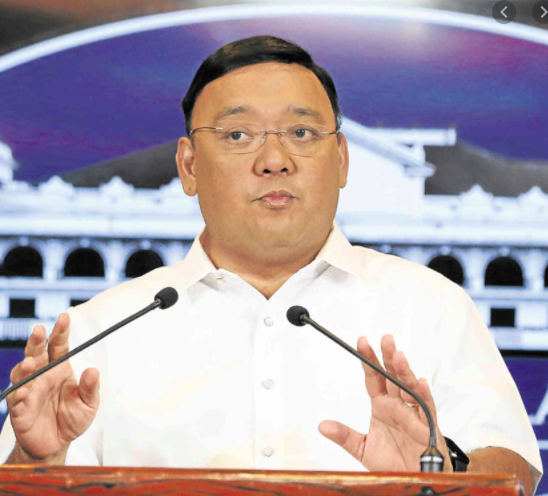 Presidential Spokesperson Harry Roque says that the government has no alternative but to reopen the economy despite the increase of the new coronavirus cases in the country. | Inquirer file photo

MANILA, Philippines — While saddened by the spike of new coronavirus cases recorded, Malacañang said the government has no alternative but to reopen the economy.

The Philippines recorded 2,434 new COVID-19 cases on Sunday, raising the total number of cases nationwide to 44,254.

(I think we don’t have an alternative but to really open the economy. If we do not reopen, we may be alive but we will die because we do not have livelihoods.)

Most areas in the country are either under general community quarantine (GCQ) or modified GCQ where most businesses are allowed to resume operations at a limited capacity.

The lone area under the strictest lockdown measure or enhanced community quarantine is Cebu City.

Roque said the government is looking at the balance between health and economy, noting that most of the new cases are mild.

(While the numbers are increasing, let’s look at the data. The good news is, if you can call this good news, many are asymptomatic or mild cases.)

Nonetheless, Roque said the government is not ruling out the option of returning to stricter quarantine.

(I’m not saying this but if it worsens and we lose our critical care capacity or the doubling rate returns to what it was before which was really fast, we don’t have an alternative.)

(But that’s our appeal to our countrymen, if we return to stricter quarantine, we may lose our livelihoods.) EDV

Read Next
San Nicolas Proper to Cebu City gov’t: Help us take care of the homeless