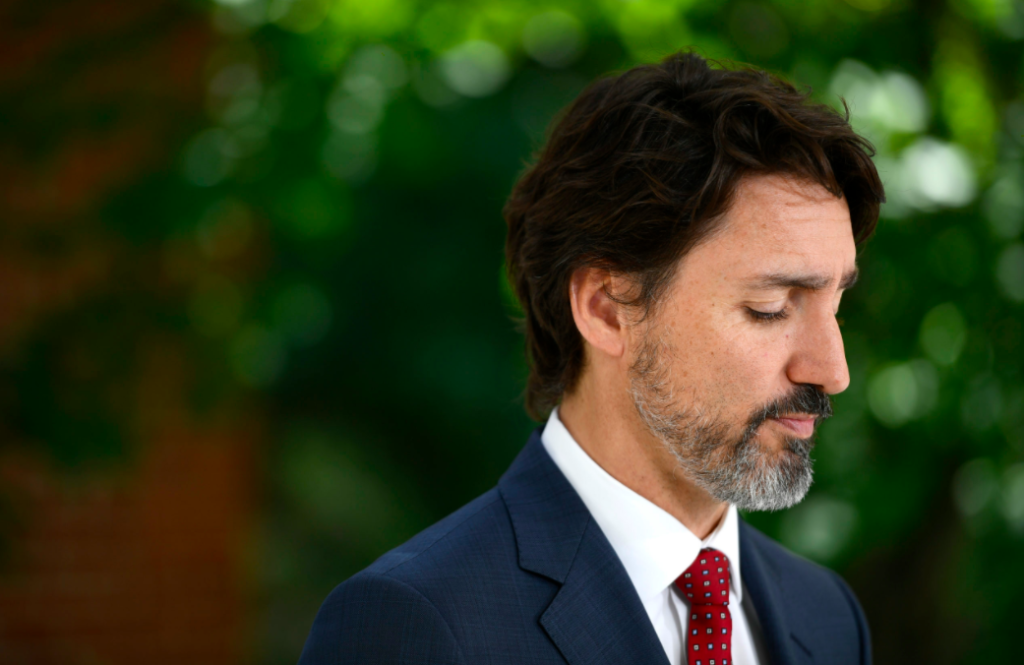 OTTAWA — The Canadian government is predicting a historic CDN$343 billion (US$254 billion) deficit for 2020-21 resulting from its economic and stimulus plans to battle COVID-19.

The amount, included in a fiscal “snapshot” the Liberal government released Wednesday, is a huge jump from the CDN$28.1 billion (US$20.8 billion) deficit projected prior to the pandemic.

The report says that since March, the federal government has spent more than CDN$231 billion (US$171 billion) on health and safety measures as well as direct aid to Canadians and businesses.

“We decided to take on that debt to prevent Canadians from having to do it,” he told a news conference. “I know there are people out there who said we should have done less. I think that’s wrong. Now is the time for the federal government to step up and help Canadians during a historical crisis.”

The national debt is projected to climb to CDN$1.2 trillion (US$89 billion) while the economy is expected to shrink by 6.8 percent. An estimated 5.5 million Canadians have either lost their jobs or have seen their hours reduced.

The debt-to-GDP ratio is expected to rise from 31% to 49% because of the emergency spending.

The government expects unemployment to hit 9.8% this year then fall to 7.8% next year. Unemployment was at a record low of 5.5% in January.

One of the federal benefits is the Canada Emergency Response Benefit which paid CDN$2,000 (US$1,481) a month to Canadians earning less than CDN$1,000 (US$740) per month because of the economic shutdown.

The program has paid out CDN$53.5 billion (US39.6 billion) in benefits to about 8 million Canadians as of late June.

Finance Minister Bill Morneau said without government action families would have been buried in debt.

“Every investment we made was in response to COVID-19,” he said. “We worked to make sure our programs left no one behind and we did it fast.”

Trudeau said historically low interest rates will make borrowing costs manageable and allow the government to continue to invest in the economy.