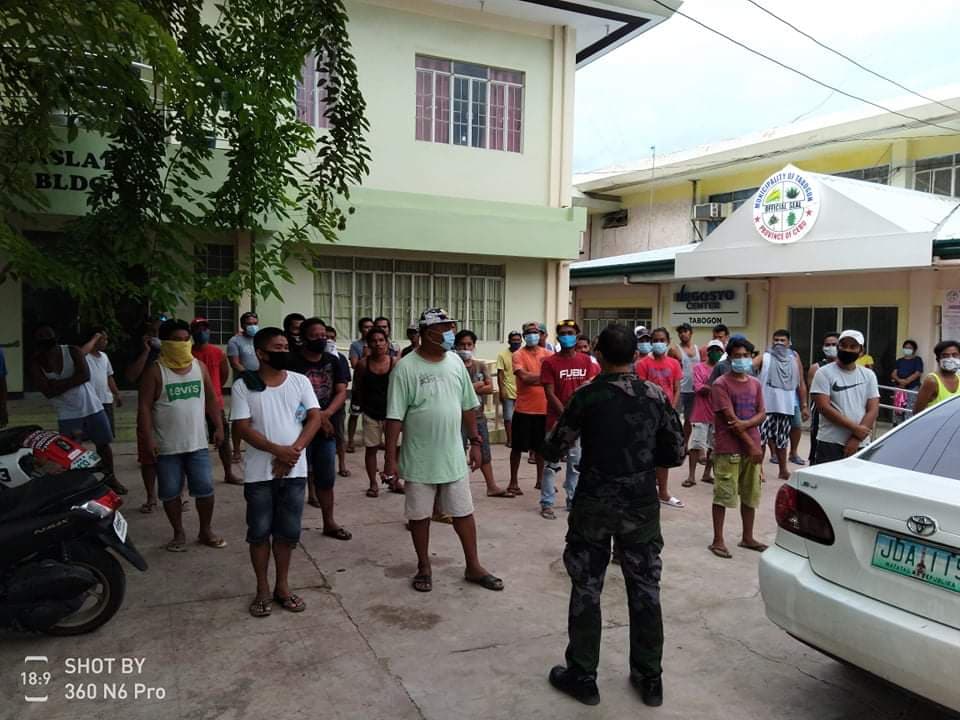 CEBU CITY, Philippines — The barangay and municipal fficials of Cebu Province should help monitor and implement the “No tigbakay and no fiesta celebration” policy despite the downgrading of the province’s quarantine status to modified general community quarantine (MGCQ).

Police Colonel Roderick Mariano, Cebu Police Provincial Office (CPPO) chief, told reporters that it would be important for the officials in barangays and municipalities to be able to monitor in their areas, those who would continue to violate the prohibition on illegal gambling as it would fall under the rule on the prohibition of mass gathering.

(Since they know that illegal cockfighting or tigbakay is prohibited, then they should be the one to stop those kinds of activities in their barangay. Once we receive reports and apprehend those involved in illegal cockfighting, we will include in the filing of cases the officials of that barangay.)

For the past weeks, several individuals around Cebu province were arrested for participating in illegal gambling like “tigabakay”.

Cebu Governor Gwendolyn Garcia also recently warned the barangay officials of being held accountable once illegal gambling activities like tigbakay would be monitored in their areas.

Mariano also asked the officials to be mindful of the fiesta celebrations in their area as it would still not be allowed until today.

(Those activities are prohibited and the barangay officials and the mayors know these and they should stop these activities if it will violate the IATF [Inter-Agency Task Force] guidelines.)/dbs