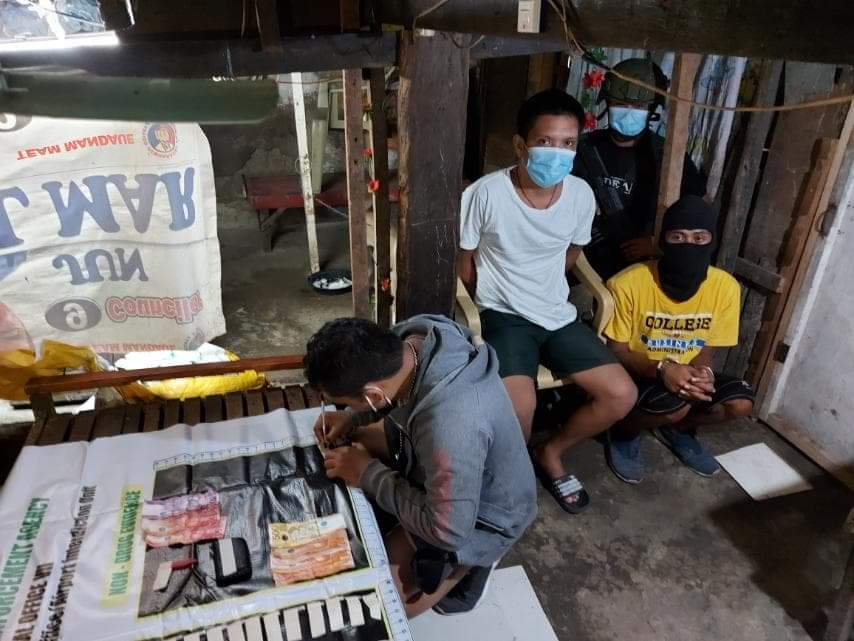 Two men with at least P348,000 worth of suspected shabu are arrested by agents of the Philippine Drug Enforcement Agency in Central Visayas (PDEA-7) during a buy-bust operation on Monday noon, July 13, 2020 in Barangay Pasil, Cebu City. | Photo from PDEA-7

CEBU CITY, Philippines — Two men were arrested by agents of the Philippine Drug Enforcement Agency in Central Visayas (PDEA-7) in a buy-bust operation at around noontime on Monday, July 13, 2020, in Barangay Pasil, here.

The suspects were identified as Januario Mier, 28, and Marvin Mendoza, 24, both residents of the village where they were arrested.

At least P348,500 worth of suspected shabu sealed in medium sized transparent sachets were confiscated from the two suspects.

According to PDEA-7 spokesperson Leia Albiar, the subject of the operation was Mier, who was under surveillance for two weeks already after an informant reported about his illegal activities.

According to PDEA-7, Mier could allegedly dispose at least 50 grams of shabu per week.

Based on the initial information gathered by the PDEA-7 agents, Mier worked as a deliveryman while Mendoza worked in a tire vulcanizing shop in the area.

As of this posting, PDEA-7 agents continue to investigate the background of the two suspects, who are detained at the PDEA-7 detention facility in Sudlon, Barangay Lahug, pending the filing of charges. /bmjo

Read Next
‘Let’s move on,’ Palace says on denial of ABS-CBN franchise bid