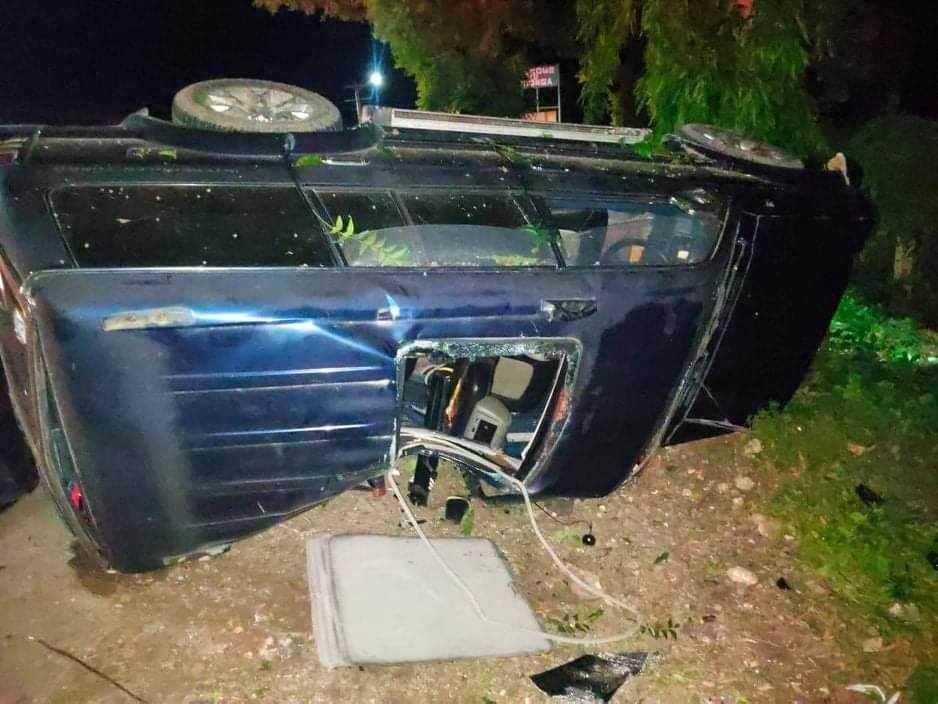 The Mitsubishi Pajero driven by Police Lieutenant Warren Kuhay lies on its side at the accident scene on Sunday, July 12. | Contributed photo

CEBU CITY, Philippines — A 17-year-old boy was killed while a policeman and another man were injured after the vehicle they were riding on crashed into a tree in Barangay Abugon, Sibonga town on Sunday night July 12.

The boy was at the front seat when the fatal road accident happened while the driver of the Mitsubishi Pajero, Police Lieutenant Warren Kuhay, 38; and another passenger, Rondey Romero, 23; were injured with Kuhay being seriously injured, said Police Master Sergeant Bernard Otida of the Sibonga Police Station.

Otida said that Kuhay was an instructor in the Regional Special Training Unit in Central Visayas (RSTU-7) located in Barangay Bahay in Sibonga town.

Otida said that they were checking if Kuhay fell asleep on the wheel, which might have caused the accident.

Investigation showed that, Kuhay, who was driving the Mitsubishi Pajero, with the boy and Romero were heading home to Barangay Buhay when they met the accident in Barangay Abugon of Sibonga town.

They were heading home from a trip to Carcar City when the accident happened at 11:30 p.m. on Sunday, July 12.

The vehicle suddenly swerved, crashing into a tree.

The boy was killed in the accident while Kuhay and Romero were rushed to the hospital for treatment.

Otida said they were investigating if Kuhay did fell asleep on the wheel, which led to the tragic accident.

He also said that they, however, had not yet gotten the statement of Kuhay, who had been admitted to the hospital because of his injuries.

With the accident, Otida reminds the public to refrain from driving at night unless it is an emergency errand, especially when one has not had enough rest.