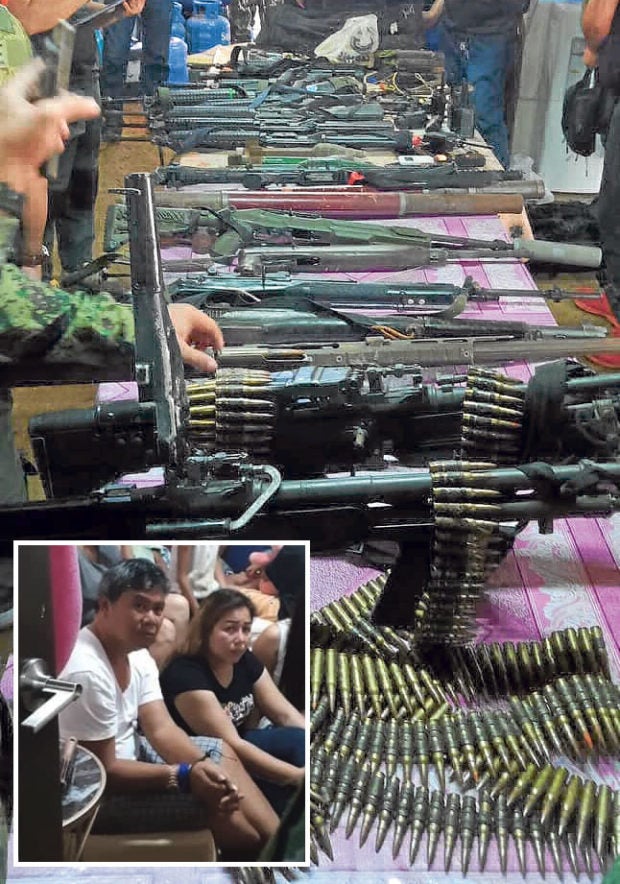 Apolinario, 46, was linked to a pyramiding scheme that had reportedly duped thousands of investors, mostly from Mindanao.

Reports said Apolinario’s men opened fire at the team from the Surigao del Sur police that was serving the arrest warrant on the Kapa leader.

Two unidentified men were killed and another, Melecio Siano, was wounded in the ensuing gunfight.

Aside from Apolinario, 23 of his men were also arrested. A cache of weapons and assorted bullets were also seized.

In a bid to pressure the government to recognize its supposed contributions to the poor, Kapa organized last year a huge rally in General Santos City that Apolinario attended.

It was Apolinario’s last appearance before his group’s members although similar rallies were also organized in other parts of the country.

The Securities and Exchange Commission (SEC), on May 21, advised the public not to fall for “fake news” that fraud charges against Kapa had been dismissed.

It noted that Apolinario, along with the group’s other officers, had only managed to secure conditional and temporary liberty after posting bail.

According to the SEC, Kapa supporters and promoters have been circulating videos featu­ring a purported telephone interview with Apolinario, falsely claiming that all cases against Kapa had been dismissed amid the COVID-19 pandemic. —Reports from Erwin Macariñas, Froilan Gallardo and Inquirer Research

Read Next
P2.6M worth of illegal drugs confiscated in Cebu busts