Most netizens give Duterte passing mark after four years 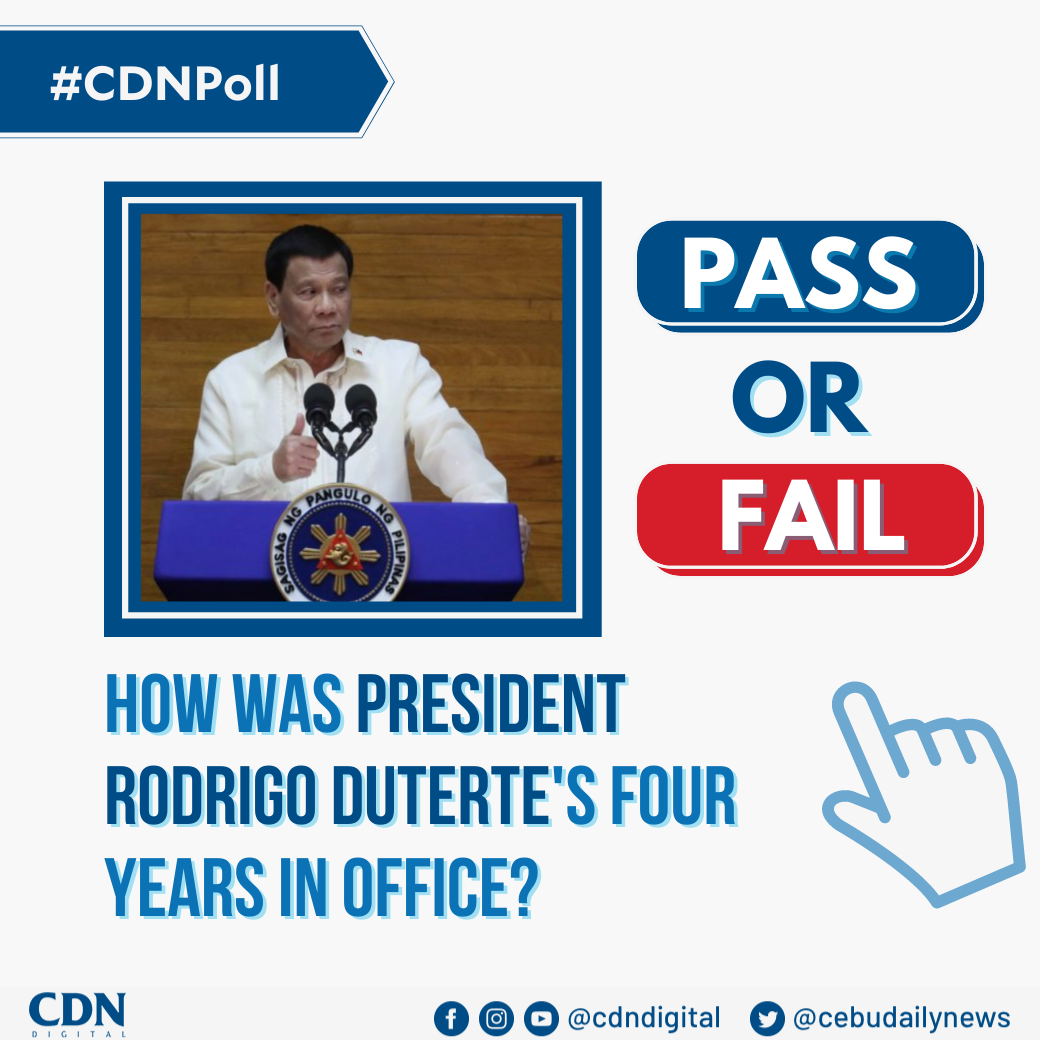 CEBU CITY, Philippines — President Rodrigo Duterte is set to enter his fifth year in office as he delivers his State of the Nation Address today, Monday, July 26, 2020, marking the end of his first four years in office and the start of his second to the last year as the country’s chief executive.

CDN Digitial, through a #CDNPoll, asked the netizens to rate the president whether he passed or failed and their thoughts for his performance.

Majority of the around 2,000 netizens who commented in the poll gave the president a passing mark, citing the hardship of leading a “challenging” country for the past four years.

Here are some of their insights:

“I think he passed, to be a leader in this country is too hard, for me, to survive a 4 years leadership is an achievement, nobody’s perfect, no matter how good is leader’s intentions, [the] people [surrounding] have their own agenda and standards,” a netizen wrote.

Another netizen, who also said he was satisfied with the President’s performance, said Mr. Duterte is better than the previous presidents.

“If compared to [the] previous admin, I think [Pres. Duterte] is far better… Regarding economy/unemployment and others, I think all [countries] have this problem, [there is] no country that is 100% ready with this pandemic, all are currently work in progress even big countries,” another netizen commented.

Meanwhile, most of those who said the president failed cited the handling of the coronavirus pandemic and the current state of the healthcare system and the health workers.

“But really though, his performance this year is really not great. Our healthcare system is subpar, corruption is very rampant, our economy is crashing. His administration is putting us all in jeopardy,” another netizen commented.

Another netizen also chided on the “late” imposition of the travel ban in the country, which is being blamed for the spread of the COVID-19 virus here and the subsequent borrowings for the COVID-19 response.

READ: Duterte ‘not yet’ banning PH-China flights amid coronavirus scare

As early as January, calls to close the borders have been made as the outbreak began in China.

“Overall he PASSED however he FAILED [in] handling this pandemic,” another netizen said.

On the other hand, those who thought the president failed in the past four years also cited “undelivered” campaign promises as their reason for being unsatisfied with his four years in office.

“FAIL… no one [went] to jail for CORRUPTION.. especially his allies,” a netizen remarked.

Others also asked to “remind” the President of the campaign promises as he delivers his fifth SONA today.

“Please remind the president regarding ENDO, which he promised to solve in his last SONA,” a netizen said. /bmjo