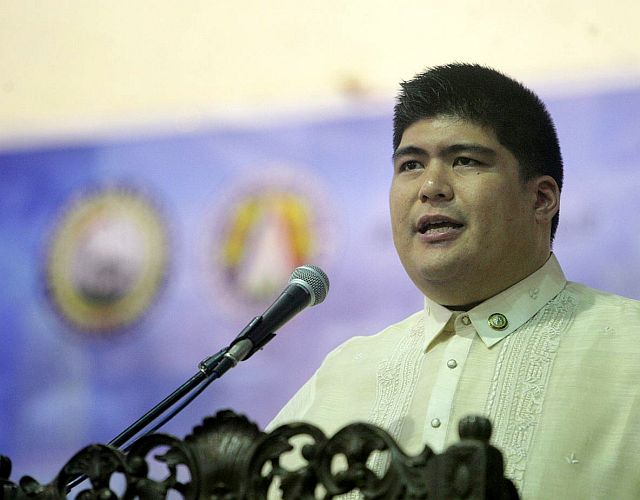 In a Facebook post shortly after President Rodrigo Duterte’s State of the Nation Address (SONA) on Monday, July 27, Quisumbing said he is glad of the “measured, clear, concrete, and achievable directives” that the President issued during his speech and that he is “enthusiastic to do my small part to rebuild our nation.”

During the SONA, Duterte mentioned tasking TESDA to offer programs to retool the Overseas Filipino Workers (OFWs) who have been displaced and repatriated during the novel coronavirus pandemic so they may be able to find new jobs here. 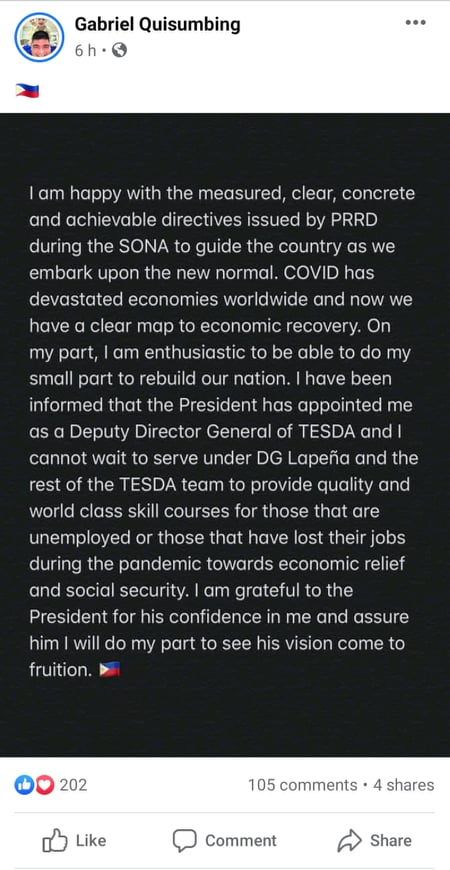 “I have been informed that the President has appointed me as a Deputy Director General of TESDA and I cannot wait to serve under [Director General Isidro Lapeña] and the rest of TESDA team to provide quality and world-class skill courses for those that are unemployed or those that have lost their jobs during the pandemic towards economic recovery and social security,” Quisumbing wrote.

“I ask TESDA to come up with a special training program to retool our OFWs so they can find employment opportunities here and at home,” Duterte said during his SONA.

Apart from TESDA, the President also called on the Commission on Higher Education (CHEd) to grant scholarship programs for the qualified dependents of OFWs and for the Agriculture and Trade and Industry departments to come up with agri-business and entrepreneurship projects “to help displaced OFWs rebuild their livelihood.”

“I am happy with the measured, clear, concrete, and achievable directives issued by PRRD during the SONA to guide the country as we embark upon the new normal,” Quisumbing said.

“COVID has devastated economies worldwide and now we have a clear map to economic recovery,” he added.

Quisumbing, in his 2019 bid for reelection in Mandaue City, was allied with Presidential daughter and Davao City Mayor Sara Duterte’s Hugpong ng Pagbabago (HNP). He lost the position to then-congressman, and now Mayor Jonas Cortes, who was under the slate of the President’s Partido Demokatiko Pilipino-Lakas ng Bayan (PDP-Laban).

“I am grateful to the President for his confidence in me and assure him I will do my part to see his vision come to fruition,” Quisumbing said. / dcb